Fans of the ABC reality show “Shark Tank” may have noticed that quite a few of the businesses vying for investments over the years have hailed from Orange County. Here are some of our favorites. 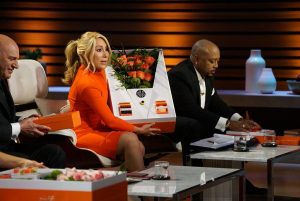 Bouquet Bar
City: Irvine
Episode: Season 9 Episode 19
The Deal: Mark Cuban invested $150,000 for a 20% stake
The Company: Bouquet Bar is a gift giving service that allows customers to create customized gifts. The tangerine colored boxes may include flowers and other gift items such as candy, candles, and lotions. bouquetbar.com

Slyde Handboards
City: San Clemente
Episode: Season 7 Episode 24
The Deal: Ashton Kutcher and Mark Cuban invested $200,000 for a 22% stake
The Company: An idea that started as founder Steve Watts bodysurfing while holding a fast food tray turned into a way to help everyone ride the waves. slydehandboards.com

Locker Board
City: San Clemente
Episode: Season 9 Episode 1
The Deal: Sir Richard Branson invested $65,000 for a 20% stake
The Company: When founder Carson Kropfl couldn’t fit a regular skateboard into his middle school locker, he invented one that would. lockerboard.net

Earthlog
City: Huntington Beach
Episode: Season 6 Episode 10
The Deal: Lori Greiner invested $160,000 for a 35% stake
The Company: Earthlog makes fire logs that are scented and clean burning. The logs are produced using non-toxic, recycled materials such as paper and wax, which allows them to burn cleaner and produce more heat. earthlog.com

OrigAudio
City: Fountain Valley
Episode: Season 2 Episode 7
The Deal: Robert Herjavec invested $150,000 for a 15% stake
The Company: Founded by Jason Lucash and Mike Szymczak, OrigAudio is a consumer audio business that produces innovative devices such as the Rock-It, a device that can turn almost any surface into a speaker. origaudio.com

Shark Wheel
City: Lake Forest
Episode: Season 6 Episode 29
The Deal: Mark Cuban, Kevin O’Leary, and Nick Woodman invested $225,000 for a 7.5% stake, plus 10% royalty until $500,000 is returned
The Company: The Shark Wheel is a skateboard wheel that is said to have less rolling resistance while offering a faster ride, as well as more traction on various terrain. sharkwheel.com

Guardian Bike
City: Irvine
Episode: Season 8 Episode 21
The Deal: Mark Cuban invested $500,000 for a 15% stake
The Company: Guardian Bike sells itself as one of the world’s safest bikes for children. Using a braking system known as SureStop, the bikes are said to stop faster and safer than the average two-wheeler. guardianbikes.com

Hamboards
City: Huntington Beach
Episode: Season 5 Episode 4
The Deal: Robert Herjavec invested $300,000 for a 30% stake
The Company: Hamboards are a mix between surfboards and skateboards—longboards that you can ride down the street and feel like you’re riding a wave. hamboards.com

Note: The deals indicated are those struck on air, which are non-binding and subject to due diligence after the show taping. 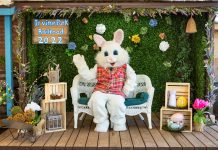 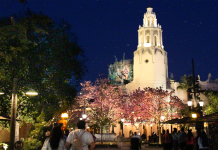 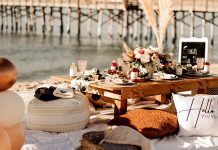