WHAT: American Ballet Theatre celebrated its 2017 Spring Season at the Metropolitan Opera House on Monday, May 22 with the annual Spring Gala, an anchor to the spring cultural and social season. The evening featured ABT’s world-renowned dancers in the New York premiere of Whipped Cream. Choreographed by ABT Artist-in-Residence Alexei Ratmansky, Whipped Cream is set in Vienna, Austria to a lavish score by Richard Strauss, with exquisite costumes and sets designed by pop surrealist visionary Mark Ryden. Hamilton E. James, President, Blackstone and Chairman Emeritus of American Ballet Theatre, was honored with an inaugural award from ABT that recognizes great Americans for their civic leadership and philanthropy in the arts. Austrian-based Swarovski was the Lead Partner for American Ballet Theatre’s Spring Gala and New York Premiere of Whipped Cream. Nearly 80,000 Swarovski crystals adorned the sets and costumes for
Whipped Cream. Nadja Swarovski, Member of the Swarovski Executive Board, commented: “As supporting excellence in the creative arts is of great importance to us, Swarovski is delighted to partner with American Ballet Theatre on its Spring Gala and to collaborate with Mark Ryden on this wildly imaginative production. Mark’s creative integration of Swarovski crystals illuminates the action and helps bring the set and costume designs to life.”

“It was a true thrill to see ‘Whipped Cream’ wow audiences in New York as it did so beautifully at its world premiere in Orange County.  It was an honor for us to host American Ballet Theatre and Alexei Ratmansky’s unique vision in March at the Segerstrom Center for the Arts, especially on the Anniversary of South Coast Plaza’s 50th Anniversary.  A shining moment for SCFTA as it was indeed for Lincoln Center this week! ‘Whipped Cream’ is destined to take the world by storm – a singular and fantastical vision for ballet’s breadth in the 21st century!” – Elizabeth Segerstrom

Immediately following the Gala Performance, guests enjoyed dinner as well as dancing to the music of DJ Coleman, at the David H. Koch
Theater. 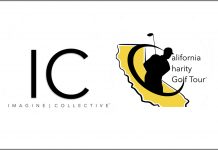 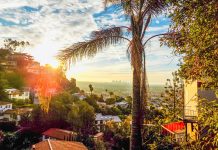 Be Prepared for Bidding Wars: Tips to Win in L.A. 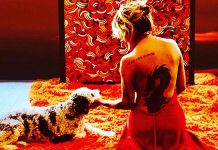 The Grace Galleries Celebrates Its 6-Month Anniversary in Laguna Beach