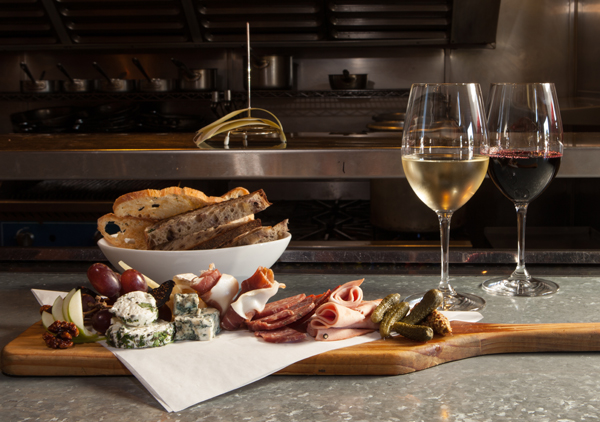 Editor’s Note: Starting this month, Rusty Gaffney, one half of Orange Coast’s Wine Dudes blog, will critique the wine program of an Orange County restaurant reviewed in print each month by the magazine’s dining critic Gretchen Kurz. He’ll use the same star system as Kurz’s restaurant reviews (using wine bottles in place of stars) to denote whether the program is (1) Good, (2) Very Good, (3) Excellent, or (4) Outstanding on every level. He’ll also denote pricing: $ mostly under $24; $$, under $50; $$$, $50 and over. Following is his wine review of Vine Restaurant in San Clemente.

I had high expectations for Vine Restaurant. With that name, a menu touted as “wine country cuisine,” and a new operator formerly of Fleming’s Prime Steakhouse & Wine Bar, known for its wine program, it was bound to surprise me. It did, but unfortunately not in the way I expected.

First, the wine list on the restaurant’s website is not up to date. At the restaurant, wines are organized by varietals, and most are represented, but there’s little practical organization beyond that, or any descriptions to help guide your choice. Even basic descriptors are missing, such as whether the “Champagne, Piper-Heidsieck, France” is a Brut, Extra Dry, or Cremant. Most wines are twice the retail price, standard for restaurants, but a few are three or four times retail, such as the Seghesio Family Zinfandel that retails for about $15, but is listed here at $60. Corkage is $20—waived if a bottle also is purchased from the wine list.

Most of the 65 wines are from California as this is the apparent focus of the restaurant, but only five are priced at $40 or less. Some bottles are potentially over-the-hill, such as the 2008 Schramsberg sparkling wine (its prime is 2 to 3 years after release), and the 2007 Tablas Creek Grenache Blanc I was offered. A surprising 24 wines are offered by the glass, but the prices are steep, ranging from $9 to $19, with most in the $14 to $17 range for standard 5-ounce pours.

The wine list has some misspellings—“Hallow” for “Hollow,” and “rose” for “rosé.” A dolcetto, a dark red wine made from a black Italian grape, is erroneously listed under “White & Rose (sic) Wines.” These are minor, but speak to the lack of attention to detail.
My biggest disappointment was being served a 2010 Talbott Sleepy Hollow Vineyard Chardonnay so cold that the aromatics and flavors weren’t discernable until after our meal. We never finished the bottle, and no one asked if we wanted to take the remaining wine home. Since the cork was mistakenly removed from the table, I decided not to pursue it, leaving the bottle behind.