Home Uncategorized A Step Up For UCI Dance With Addition of Lar Lubovitch to... 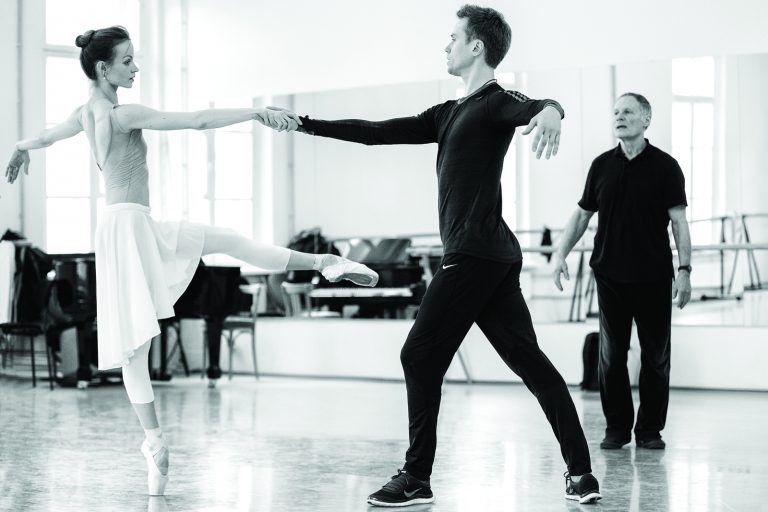 UC Irvine’s Claire Trevor School of the Arts has a reputation for appointing esteemed working choreographers to join the faculty of the Department of Dance, and its latest hire continues the trend. Lar Lubovitch, whom The New York Times named “one of the 10 best choreographers in the world,” joins the department as a distinguished professor.

Lubovitch brings to UC Irvine a career rich in experience and accolades. The New York-based Lar Lubovitch Dance Company celebrates its 50th anniversary in 2017-’18 and the UCI Department of Dance will play a role in marking that milestone. Lubovitch has earned glowing notices for his company’s per-formances around the world and his appointment with the Dance Department will provide opportunities for UCI and the local community to engage with his work. Highlights of Lubovitch’s choreographic career include his work with American Ballet Theatre, Russia’s Mikhailovsky Ballet, Broadway’s “Into the Woods” and the 1996 revival of “The King and I,” and founding the Chicago Dancing Festival. So it’s no surprise that the faculty vote for Lubovitch’s distinguished professorship was unanimous. It capped off a three-year recruitment process, says Department Chair Lisa Naugle. The conversations identified ways Lubovitch could have the greatest impact in Southern California while continuing his professional projects. Some opportunities will include the use of new technology to facilitate collaborations, lecture-demonstrations, and rehearsals from New York studios and other places around the world. Lubovitch will return to Irvine for five weeks in February; a dancer in his company will
stay another five, teaching repertory. Lubovitch will present works during the department’s annual “Dance Visions” production Feb. 23 through 25.

“Crossing borders is the underlying raison d’être of making dance, to keep moving forward, discovering things newly. Universities like UCI, who’ve embraced the professional dance world, have been and remain the leading exponents of dance education,” Lubovitch says. Naugle adds, “Working within and across many disciplines, the field of dance is diverse and includes many generations. That accounts for our interest and intention to explore Lar’s work using the Internet. His presence will be felt through multiple aspects, such as online and streaming. And with two distinguished professors, Lubovitch and Donald McKayle, we have a long reach into the past, but also a long reach into the future.” www.arts.uci.edu