GATSBY REDUX
Choreographer Janet Roston created this fully immersive dance piece specifically for the Muckenthaler. Channeling “The Great Gatsby,” the Mixed eMotion Theatrix troupe moves across the Muckenthaler grounds and mansion, which was built in the 1920s, the era in which the classic novel is set. Muckenthaler Cultural Center, 1201 W. Malvern Ave., Fullerton, 714-738-6595, themuck.org

BEETHOVEN’S PIANO CONCERTOS
To mark the 251st anniversary of Beethoven’s birth, pianist Alexander Romanovsky and violinist Dennis Kim will join with the Pacific Symphony to play all five of the composer’s piano concertos over a weekend of concerts. Each performance will feature different compositions; Sunday’s show will also include Symphony No. 8. Renée and Henry Segerstrom Concert Hall, 615 Town Center Drive, Costa Mesa, 714-755-5788, pacificsymphony.org

“WORK AND SOUL: TWO DECADES OF PRACTICE”
Sculptor Gerard Basil Stripling, who moved to Laguna Beach in early 2000, has worked in several forms, from stone and steel to ceramics and bronze, and his work has been widely displayed throughout the city. This exhibit will include several pieces that have never been seen, as well as some new work. Laguna Art Museum, 307 Cliff Drive, Laguna Beach, 949-494-8971, lagunaartmuseum.org

“COME FROM AWAY”
After the Sept. 11 attacks, 38 planes were forced to land at the tiny airport in Gander, in the province of Newfoundland and Labrador, Canada. The people of Gander took in more than 7,000 stranded passengers from around the world. This heartwarming musical, which was nominated for seven Tony Awards in 2017, tells the stories of the residents and their unexpected guests. Segerstrom Center for the Arts, 600 Town Center Drive, Costa Mesa, 714-556-2787, scfta.org

“ROMEO AND JULIET”
Staged under the stars by the Electric Company Theater, this production of the classic tale follows the star-crossed young lovers from their first encounter on a crowded dance floor through the street brawls, family fights, and plotting that leads to their tragic end. Shows alternate with performances of “Shakespeare in Love” (see below). Muckenthaler Cultural Center, 1201 W. Malvern Ave., Fullerton, 714-738-6595, themuck.org

“SHAKESPEARE IN LOVE”
The comedy based on the Oscar-winning movie pulls back the curtain on a young Will Shakespeare as he fights to break through some serious writer’s block. When he meets Viola, who wants nothing more than to be in his next show, and falls deeply in love with her, the words of his most famous play start to flow. Shows alternate with performances of “Romeo and Juliet” (see above). Muckenthaler Cultural Center, 1201 W. Malvern Ave., Fullerton, 714-738-6595, themuck.org

MOZART AND MAHLER
Pianists Christina and Michelle Naughton, twins who have performed together with orchestras around the world, join the Pacific Symphony to play Mozart’s Piano Concerto No. 10 for Two Pianos. In the second half of the program, the orchestra takes on Mahler’s Symphony No. 4. Renée and Henry Segerstrom Concert Hall, 615 Town Center Drive, Costa Mesa, 714-755-5788, pacificsymphony.org

“CARMEN”
A 90-minute version of the classic opera, presented by Lyric Opera OC, will be performed on the Muckenthaler’s outdoor stage, where a live chamber orchestra will accompany the singers. Ticketholders are invited to picnic on the lawn during the show. Muckenthaler Cultural Center, 1201 W. Malvern Ave., Fullerton, 714-738-6595, themuck.org 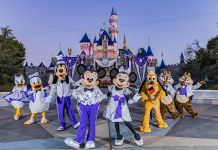 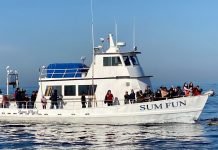 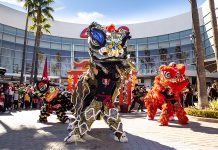