FOURTH OF JULY PARADE AND FIREWORKS
The Main Street parade returns for the first time in two years to kick off Huntington Beach’s annual day-long celebration of Independence Day. The fun continues with a festival on the Pier Plaza, with food, beverage, and retail vendors, and ends with the traditional fireworks show off the pier at 9 p.m. Parade on Main Street from Pacific Coast Highway to Yorktown Avenue; fireworks off Huntington Beach Pier; 714-536-5486, hb4thofjuly.org

JULY 4 SPECTACULAR: THE MUSIC OF QUEEN
Pacific Symphony launches its Summerfest 2022 concert series with this tribute to Queen. Windborne, a group of musicians and vocalists who travel the world playing classic rock with orchestras, joins the symphony to perform high-octane versions of “Bohemian Rhapsody,” “Killer Queen,” “Another One Bites the Dust,” and “We Are the Champions.” A Fourth of July fireworks show caps the evening. FivePoint Amphitheatre, 14800 Chinon, Irvine, 714-755-5788, pacificsymphony.org

“PRETTY WOMAN”
Based on the 1990 movie of the same name, this Broadway show features music by Bryan Adams and Jim Vallance. Adam Pascal—nominated for a Tony Award for originating the role of Roger in “Rent”—plays Edward Lewis, a businessman who unexpectedly finds himself falling in love with Vivian Ward, an escort he’s hired for the week to accompany him to business and social functions. Segerstrom Hall, 600 Town Center Drive, Costa Mesa, 714-556-2787, scfta.org

PAGEANT OF THE MASTERS
This year’s edition of the annual “living pictures” show, with the theme “Wonderful World,” will take viewers to 17 countries around the world. Using elaborate makeup, costumes, and sets, actors on stage will re-create paintings, sculptures, and other works of art, including master works by Swedish painter Carl Larsson and Italian artist Giovanni Tiepolo. Tickets include a summer-long pass to the adjacent Festival of Arts. 650 Laguna Canyon Road, Laguna Beach, 949-494-1145, foapom.com

NEW SWAN SHAKESPEARE FESTIVAL
The annual summer tradition returns with performances of “Pericles, Prince of Tyre,” a play about the unlikely reuniting of a family separated at sea (which is believed to have been written by Shakespeare and George Wilkins); and “The Comedy of Errorrs,” a play that takes on the humor in mistaken identity. The UC Irvine Claire Trevor School for the Arts constructs the outdoor theater for the festival every summer. New Swan Shakespeare Festival, Gateway Commons, Inner Ring Road, Irvine, 949-824-2787, newswanshakespeare.com

TREVOR NOAH
Comedian Trevor Noah, the Emmy Award-winning host of “The Daily Show,” comes to the Pacific Amphitheatre with his newest show, “Back to Abnormal.” Noah, who regularly riffs on politics and current events, mixes social commentary with comedy in his standup shows, eight of which have been turned in to comedy specials, including the critically acclaimed “Son of Patricia” on Netflix. Pacific Amphitheatre, 88 Fair Drive, Costa Mesa, 714-708-1500, pacamp.com

111TH ANNUAL GOLD MEDAL EXHIBITION
One of the oldest art shows in the state, this exhibit curated by the California Art Club was fashioned after 19th-century European art salons, which encouraged artists to submit their best work, regardless of the subject. A jury of art experts and artists selected more than 200 paintings and sculptures from well-known and up-and-coming artists for the show; while it is on view, the museum will host several programs and events featuring the exhibiting artists. Bowers Museum, 2002 N. Main St., Santa Ana, 714-567-3600, bowers.org

“UNDER PRESSURE: SELECTED WORKS FROM BRET PRICE”
The Smithsonian American Art Museum and the PepsiCo sculpture gardens in New York feature works by Price, a contemporary sculptor who lives and works in Orange County. His monumental steel creations, some of which are as tall as 35 feet and weigh 7.5 tons, are sought by collectors in the U.S., Europe, and Asia. Muckenthaler Cultural Center, 1201 W. Malvern Ave., Fullerton, 714-738-6595, themuck.org

“AHORA”
Curated by Tlaloc Studios’ Ozzie Juarez and Thinkspace Projects’ Andrew Hosner, the exhibit spotlights 44 contemporary artists from around the world working in several mediums. Each piece was selected for its take on the spirit and mood of the current day. Muzeo, 241 S. Anaheim Blvd., Anaheim, 714-956-8936, muzeo.org

COUNTING CROWS
Nearly 20 years ago, the Counting Crows released their first album, “August and Everything After,” which went multiplatinum and catapulted the band into stardom with singles such as “Mr. Jones,” “Round Here,” and “Rain King.” Since then, the group has released six more studio albums, toured the world, and earned Academy Award, Golden Globe, and Grammy nominations for the song “Accidently in Love,” which was recorded for the movie “Shrek 2.” Pacific Amphitheatre, 88 Fair Drive, Costa Mesa, 714-708-1500, pacamp.com

DARDEN
The five-piece band made up of three sisters and their two brothers is an Orange County favorite; the siblings have performed everywhere from the OC Fair to the House of Blues in Anaheim and Angel Stadium. Originally from Fullerton, they grew up in a musical family and count the Eagles, Pink Floyd, the Beatles, Bob Dylan, and Fleetwood Mac as their main influences. Muckenthaler Cultural Center, 1201 W. Malvern Ave., Fullerton, 714-738-6595, themuck.org

VANS U.S. OPEN OF SURFING
More than 300 world-class surfers, skateboarders, and BMX riders converge on Huntington Beach for one of the most prestigious prizes on the World Surf League tour. In between the action, fans can check out art exhibits and product demos from top action sports brands. Huntington City Beach, vansusopenofsurfing.com 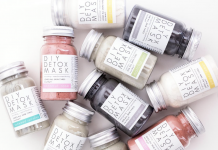