Here’s to the best among us—those who overcome great challenges, plunge headfirst
into danger, and fight the good fight. They’re selfless. They’re courageous. Simply put, they make our world a better place.

Capt. John Meffert made headlines last year when he rescued a couple from a plane crash on the 405 Freeway.

LEAVING THE FIREHOUSE
Coming off a 24‑hour shift at the Avalon Firehouse on Catalina, where he has worked for 17 years, Meffert drives his SUV south on the 405. He’s heading home to Rancho Santa Margarita to pick up his family for an early Fourth of July vacation in Palm Springs.

THE PLANE JUST HIT ME
At 9:25 a.m., approaching John Wayne Airport, Meffert notices a plane flying too low. The wing hits his hood. He sees a white flash. The
Cessna 310 spins behind him, crashes into a concrete barrier, and bursts into flames.

THE RESCUE
Meffert parks and races back to the plane. A woman’s head pops up. He pushes through the smoke. Janan Pisano has a broken back and blood gushing from her head. Meffert helps her get out, then reaches for her husband, Frank, whose left ankle is pinned by the aircraft’s controls.

GOOD SAMARITANS
Meffert, who served for seven years in the U.S. Navy, frees the pilot’s leg and pulls him from the craft. More motorists stop to help, including a nurse. A man rips off his shirt and wraps it around Janan’s head. Others put out the flames with fire extinguishers.

FRIENDS FOR LIFE
“I’m a firm believer in miracles, and this is one of the biggest miracles I’ve ever seen,” Meffert says. Frank Pisano broke six bones in his back; Janan broke five. The Pisanos have recovered, and they get together with the Mefferts frequently.

PAYING IT FORWARD
John Meffert is inspired by …
“John Wayne. His work in Orange County and Catalina, especially his cancer-prevention efforts, have inspired me since I was a kid.” 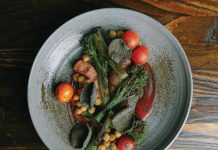