BLUE MAN GROUP
JAN. 7 THROUGH 12
The famous bald and blue crew debuts new original compositions and custom instruments in this stop on its Speechless tour, which launched in September. Working with theater director Jenny Koons for the first time, the performance artists, who don’t say a word through the show, use inventive lighting design and interactions with the audience to create a surprising and sometimes wacky spectacle. Segerstrom Hall, 600 Town Center Drive, Costa Mesa, 714-556-2787, scfta.org

“THE PRODIGAL SON” AND “AMAHL AND THE NIGHT VISITORS”
THROUGH JAN. 5
Lyric Opera OC stages a double bill in this performance. First to the stage is Claude Debussy’s retelling of the prodigal son parable, a one-act cantata for three singers that was originally written for a student competition in 1884, when the composer was 22. Second up is Gian Carlo Menotti’s one-act opera based on Hieronymous Bosch’s “The Adoration of the Magi.” It was the first opera specifically composed for TV broadcast. Multiple venues, lyricoperaoc.org

“BEAUTY BENEATH THE RUBBLE”
THROUGH JAN. 5
Shadia Kassem’s artwork for the book “The Adventures of Laila and Ahmed in Syria” serves as the basis for this exhibit, which takes viewers through cities in Syria with local children as guides. The show is part of a larger effort to highlight and preserve the history and culture of conflict-stricken countries through children’s literature. Muzeo, 241 S. Anaheim Blvd., Anaheim, 714-956-8936, muzeo.org

SURF CITY SPLASH
JAN. 1
After eating a pancake breakfast, participating in a costume contest, and browsing a craft fair, participants in this annual event strip down to their swimsuits and race into the ocean, which is typically around 58 degrees this month. Huntington City Beach, 1 Main St., Huntington Beach, 714-969-3492

“FIREFLIES”
JAN. 5 THROUGH 26
The second part of a trilogy by playwright Donja R. Love, this drama set in the Jim Crow South during the civil rights movement tells the story of Rev. Charles Grace, who aims to uplift and galvanize his congregation after a church bombing kills four girls. But his wife, Olivia, who writes all his speeches, is starting to falter under the weight of the secrets in her marriage. South Coast Repertory, 655 Town Center Drive, Costa Mesa, 714-708-5555, scr.org

“EL CAMINO DEL ORO”
THROUGH JAN. 11
By 1850, many of the California missions had been abandoned and were in ruins. After a group of artists started painting them, however, groups organized and launched efforts to restore and preserve the structures. A collection of those paintings—created by noted California artists including Alice Coutts, Edwin Deakin, Joseph Kleitsch, and William Wendt—serves as the focus for this exhibit. One of the oldest, dating from 1886, shows Mission San Juan Capistrano. Irvine Museum Collection, 18881 Von Karman Ave., Irvine, 949-476-0294, imca.uci.edu

ONE OF THESE NIGHTS
JAN. 9 THROUGH 12
One of the top Eagles tribute bands puts on a show that features many of the greatest hits from the group that had five No. 1 singles, six No. 1 albums, and six Grammy Awards. The two-hour performance includes favorites such as “Hotel California,” “Desperado,” “Take It Easy,” and “Already Gone.” Laguna Playhouse, 606 Laguna Canyon Road, Laguna Beach, 949-497-2787, lagunaplayhouse.com

“THE GAME’S AFOOT”
OPENS JAN. 10
Set in December 1936, this whodunit follows William Gillette, a Broadway star known for playing Sherlock Holmes onstage, who invites his fellow cast members to his home in Connecticut for the weekend. When one of the visitors is stabbed to death, Gillette must slip back into his famous role to solve the murder. STAGEStheatre, 400 E. Commonwealth Ave., Fullerton, 714-525-4484, stagesoc.org

NEWPORT BEACH RESTAURANT WEEK
JAN. 13 THROUGH 26
For this annual two-week event, more than 50 restaurants, from fast-casual favorites to fine-dining places, provide Newport Beach foodies a reason to escape the kitchen and dine out on two- or three-course fixed-price menus for lunch ($10, $15, $20, or $25) and dinner ($20, $30, $40, or $50). Various locations, dinenb.com

“TERRA FLAMMA: WILDFIRES AT NIGHT”
OPENS JAN. 17
Stuart Palley first encountered wildfires while working as a photojournalist in Orange County in 2007. Now, as a photographer covering fires for the federal government and as a freelancer for publications such as National Geographic and The New York Times, he has taken photos of more than 10 Southern California wildfires. This exhibit spotlights his photographic art series featuring long-exposure images taken at night. Casa Romantica Cultural Center and Gardens, 415 Avenida Granada, San Clemente, 949-498-2139, casaromantica.org

JIMMY SHIN
JAN. 21 AND 28
Shin, who released his first comedy special, “Wok of Shame,” on Amazon Prime in 2019, switched to stand-up after getting his law degree from the California Western School of Law. He has performed across the country, is a regular in the L.A. comedy scene, and has appeared on “The Tonight Show” three times. Irvine Improv, 527 Spectrum Center Drive, Irvine, 949-854-5455, improv.com/irvine

LILLIAS WHITE
JAN. 23 THROUGH 25
Winner of Drama Desk, Outer Critics Circle, and Tony awards for her role as Sonja in “The Life,” White is known for her powerhouse voice. She has performed in concert halls around the globe, including the Sydney Opera House, the Kennedy Center, Jazz at Lincoln Center, and Carnegie Hall. In this cabaret show, she tells stories about her life and career and sings favorites from shows she has appeared in, including “Cats,” “Chicago,” “How to Succeed in Business,” “Once on This Island,” and “Dreamgirls.” Samueli Theater, 615 Town Center Drive, Costa Mesa, 714-556-2787, scfta.org

“THE SNOWY DAY AND OTHER STORIES”
JAN. 26
Childsplay Theatre Company produced this interpretation of the beloved children’s book by Ezra Jack Keats, which follows a young boy named Peter as he celebrates the first snowfall of the season with sled rides and snow angels. Shadow puppetry brings the characters to life. Irvine Barclay Theatre, 4242 Campus Drive, Irvine, 949-854-4646, thebarclay.org

BODYTRAFFIC
JAN. 30
The Los Angeles-based contemporary dance troupe will present work from up-and-coming choreographers in this show. Known for its versatile dancers and high-energy performances, the company celebrated its 10th anniversary in 2018 with a world tour that included stops in Moscow, St. Petersburg, and The Hague. Irvine Barclay Theatre, 4242 Campus Drive, Irvine, 949-854-4646, thebarclay.org 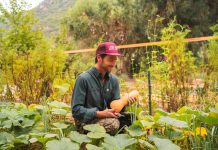 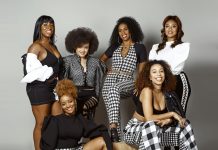