“FUN HOME”
THROUGHOUT FEBRUARY
Based on the graphic novel of the same name, this musical follows a young woman who finds herself reflecting on her unusual childhood after her father’s unexpected death. Growing up in a funeral home, she struggled to understand her brilliant but volatile father; as an adult, she starts to unlock the secrets he kept from his family. Chance Theater, 5522 E. La Palma Ave., Anaheim, 714-777-3033, chancetheater.com

LAGUNA BEACH MUSIC FESTIVAL
FEB. 3 THROUGH 8
Laguna Beach Live! and the Philharmonic Society of Orange County team up to produce this annual festival in which top-notch musicians put on classical and contemporary concerts in intimate venues. This year, violinist Ray Chen will serve as the festival’s artistic director. 949-553-2422, philharmonicsociety.org

KEVIN KWAN
FEB. 6
Kwan is best known for his trilogy of rom-com novels loosely based on his childhood in Singapore—“Crazy Rich Asians,” “China Rich Girlfriend,” and “Rich People Problems.” In this lecture, he will discuss creativity, diversity, and the cultural effect his works have had on the book and film industry. The movie “Crazy Rich Asians” was the first Hollywood studio film in 26 years to feature an all-Asian cast. Irvine Barclay Theatre, 4242 Campus Drive, Irvine, 949-854-4646, thebarclay.org

“ALL SHOOK UP”
FEB. 7 THROUGH 23
A young man just out of prison saunters into a Midwestern town in 1955 and stirs up everything and everyone with his music and his attitude in this romantic-comedy musical. Inspired by and featuring the songs of Elvis Presley, the soundtrack includes more than a dozen Elvis tunes, with favorites such as “Jailhouse Rock,” “Love Me Tender,” and “Don’t Be Cruel.” Curtis Theatre, 1 Civic Center Circle, Brea, 714-990-7722, curtistheatre.com

“WHERE THE MOUNTAIN MEETS THE MOON”
FEB. 7 THROUGH 23
In this play for young audiences, a girl named Minli sets out to change her poor village’s fortunes by finding the Old Man in the Moon, who knows the answers to all of life’s questions. During her quest, Minli rescues a dragon, comes face to face with the Green Tiger, and eventually discovers that there are riches greater than gold. The show is based on Grace Lin’s bestselling novel, which draws from Chinese folklore. South Coast Repertory, 655 Town Center Drive, Costa Mesa, 714-708-5555, scr.org

THE MAC KING COMEDY MAGIC SHOW
FEB. 8
Mac King’s long-running show at Harrah’s has been called one of the best acts in Las Vegas. His family-friendly comedy mixed with magic has earned him “Magician of the Year” honors at Hollywood’s Magic Castle, along with appearances on seven NBC specials. Musco Center for the Arts, 1 University Drive, Orange, 844-626-8726, muscocenter.org

DANIIL TRIFONOV
FEB. 9
A Grammy Award-winning pianist, Trifonov is sought after as a collaborator and has earned raves for his performances as a solo artist. In this concert, he’ll play four pieces by Bach, including “The Art of Fugue.” Soka Performing Arts Center, 1 University Drive, Aliso Viejo, 949-480-4278, soka.edu

QUEER EYE YOUR LIFE: AN EVENING WITH KARAMO
FEB. 19
Karamo Brown, above, known as the culture expert on the Emmy Award-winning reboot of “Queer Eye,” is a licensed psychotherapist. He often uses his training and skills to help the show’s subjects confront what’s holding them back and plot a course toward authenticity and happiness. In this lecture, he’ll discuss his own challenges and how he has used them to transform his life. Soka Performing Arts Center, 1 University Drive, Aliso Viejo, 949-480-4278, soka.edu

MIRANDA LAMBERT
FEB. 20
In this stop on the chart-topping country singer’s Wildcard Tour, fans can expect to hear hit songs such as “The House That Built Me,” “Tin Man,” and “Mama’s Broken Heart,” along with tracks from her latest album, “Wildcard.” Cody Johnson and LANCO will be featured as opening acts. Ticket holders are encouraged to bring dog food, treats, and supplies to donate to Lambert’s Fill the Little Red Wagon campaign, which supports animal shelters in each tour city. Honda Center, 2695 E. Katella Ave., Anaheim, 714-704-2500, hondacenter.com

HELEN ZIA
FEB. 20
The activist, author, and former journalist released her first book, “Asian American Dreams: The Emergence of an American People,” in 2000. In this lecture, she’ll discuss her latest book, “Last Boat Out of Shanghai: The Epic Story of the Chinese Who Fled Mao’s Revolution,” and how that period in history reflects the difficult situations facing migrants today. Newport Beach Public Library, 1000 Avocado Ave., Newport Beach, 949-717-3892, nbplfoundation.org

CRAIG ROBINSON
FEB. 21 THROUGH 23
The actor and comedian started his career in the comedy clubs of Chicago. He’s best known for playing Daryl Philban on “The Office” and for his roles in “Hot Tub Time Machine” and “Knocked Up.” He also tours with his band, The Nasty Delicious. Irvine Improv, 527 Spectrum Center Drive, Irvine, 949-854-5455, irvine.improv.com

“SHE LOVES ME”
THROUGH FEB. 22
This musical comedy follows Georg and Amalia, clerks at Maraczek’s Parfumerie who constantly bicker while they’re at work. In their personal lives, however, they’re falling madly and unwittingly in love—unaware that the anonymous pen pals they’re swooning over are each other. The show, which is based on the same 1937 play that inspired the movie “You’ve Got Mail,” premiered on Broadway in 1963 and was revived in 2016. South Coast Repertory, 655 Town Center Drive, Costa Mesa, 714-708-5555, scr.org

GEORGIA ON MY MIND: A CELEBRATION OF RAY CHARLES AND HIS MUSIC
FEB. 23
Grammy-winning musicians Take 6, Nnenna Freelon, Kirk Whalum, and Clint Holmes pay tribute to Ray Charles in this concert featuring the legend’s most popular songs. Expect to hear hits such as “Hit the Road Jack,” “Alexander’s Ragtime Band,” and “Georgia on My Mind.” Irvine Barclay Theatre, 4242 Campus Drive, Irvine, 949-854-4646, thebarclay.org

HERB ALPERT AND LANI HALL
FEB. 27
Husband and wife Alpert and Hall count 11 Grammy Awards and multiple hit songs between them: Alpert as the trumpeter with the Tijuana Brass, and Hall as the vocalist with the original Sergio Mendes and Brasil ’66. In this concert, they perform songs from the American songbook, jazz tunes, and a Tijuana Brass medley. Musco Center for the Arts, 1 University Drive, Orange, 844-626-8726, muscocenter.org

DAVID LEONHARDT: THE AMERICAN DREAM, AT RISK—INCOME INEQUALITY AND US
FEB. 28 AND 29
The New York Times op-ed columnist Leonhardt joined the newspaper in 1999 and has served as Washington bureau chief, a business section columnist, and founding editor of The Upshot, an analytical take on the day’s news. He writes the morning e-newsletter, which provides commentary and context to the day’s news. He has won two Pulitzer Prizes for commentary. Newport Beach Public Library, 1000 Avocado Ave., Newport Beach, 949-717-3818, nbplfoundation.org

“PETER AND THE WOLF”
FEB. 29
Designed for children ages 5 to 11, this 45-minute performance, a collaboration between the Pacific Symphony and the Magic Circle Mime Company, brings Prokofiev’s famous work to life. Activities in the lobby before the show include arts and crafts inspired by the music, an instrument “petting zoo,” and opportunities to meet musicians. Renée and Henry Segerstrom Concert Hall, 615 Town Center Drive, Costa Mesa, 714-755-5799, pacificsymphony.org

THERE’S MORE!
Want to know about all the happenings in Orange County? Subscribe to the O.C. Events newsletter at orangecoast.com/events. 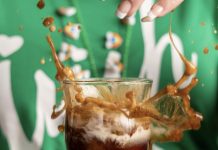 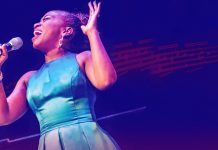