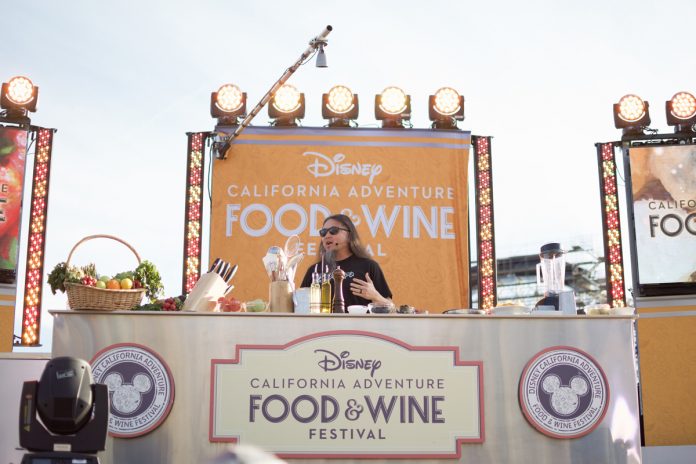 Wahoo’s Fish Taco, which opened its first location in Costa Mesa and celebrates its 30th anniversary this year, is home to globally-inspired seafood dishes with laidback, Californian sensibilities.

“I grew up in Brazil so our restaurant is influenced by that. We have white rice and black beans because that’s what you have in South America. We also have Asian influences with teriyaki flavors and ‘Mr. Lee’s Spicy Chilly Sauce’ in my dad’s honor. We’re a true fusion restaurant,” said Lam.

Lam didn’t just prepare his famous fish tacos at the event; he also prepared shrimp tacos. Lam shared with the audience how he prepares both dishes, and highlighted the importance of fresh, sustainable ingredients. On top of using corn tortillas (less calories and more traditional) versus flour and melting the cheese directly on the tortilla, he also shared why he’s partial to wahoo (ono).

“We’re one of the largest buyers of wahoo. It’s a very fun fish to eat because it’s sturdy, hearty, and wild-caught,” said Lam.

Lam, a Newport Beach resident, is active in the local surf and skate culture in Orange County. On top of surfing frequently at Newport Beach himself, Wahoo’s Fish Taco is often on-site at competitions such as the X-Games and the U.S. Open.

“When we first started out, I started doing events to get people to come into our restaurant. I started doing surf and skateboard events. I figured if you were an enthusiast of the active, Californian lifestyle, you would come into a surf-inspired restaurant. We follow the action, and that’s where we find our most dedicated fans. The Winter Olympics just ended and Chloe Kim—I’ve known her since she was six years old. Athletes like her come into my restaurant all the time,” said Lam.

On top of culinary demonstrations, the festival also features an array of small plates, specialty wines, and craft beers to choose from.

“Guests can expect something for the entire family: complimentary culinary demonstrations on the weekends, Junior Chef for kids to make their own oatmeal raisin cookie with Chef Goofy, great entertainment, or a chance to try something new or something familiar with a twist. It’s all about having a culinary adventure,” said Gary Maggetti, general manager at Disney California Adventure. To see a full list of offerings at Disney California Adventure’s Food and Wine Festival, which lasts until April 12, go here. 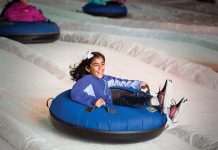