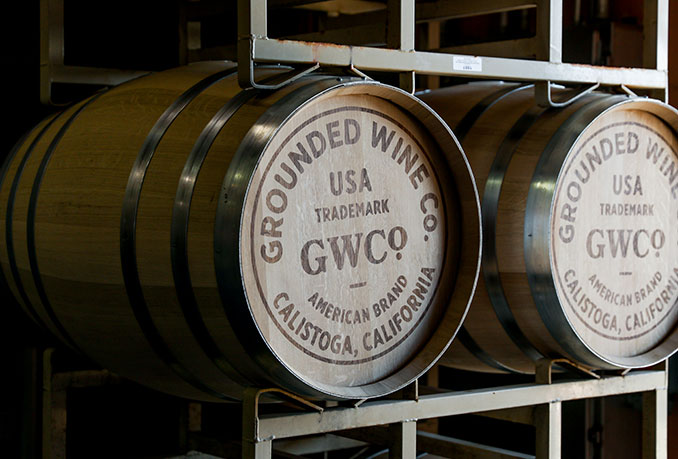 I find it so heartening when children carry on their parent’s passion—be it wine or golf. I’m still verklempt over Jack Nicklaus’ grandson’s hole-in-one at the Masters! What a remarkable moment. So when I learned of Cucina Enoteca Irvine’s winemaker’s lunch featuring Sam Smith and Josh Phelps on April 14, I was thrilled! Both Smith and Phelps were raised by magnificent California wine talents and stewards of the land. Smith hails from the renowned Smith-Madrone wines of Napa Valley’s Spring Mountain. Smith is the Assistant Winemaker to his uncle Charles, and son of Stu who is Smith-Madrone’s managing partner and enologist. I am a huge fan of the Smith-Madrone riesling. Phelps is the son of Chris Phelps, owner and winemaker of Ad Vivum Cellars and renowned for his work prior at Dominus Estate and Caymus.

The second-generation Smith and Phelps are not only involved with their fathers’ labels but stepping out on their own as well. Phelps leads the Grounded Wine Co. brand featuring Steady State, a Napa Valley cabernet blend, and Collusion, a Columbia Valley Bordeaux blend. Smith just launched Curly St. James last fall, a Napa Valley blend of cabernet sauvignon and cabernet franc.

It will be such a special opportunity to share an afternoon with these winemakers, who are forging their own road while still upholding their families’ wine heritage and namesake labels. A Saturday afternoon on the deck of Cucina Enoteca Irvine, with three exquisite courses and six unique and delicious wines, is not to be missed. The cost is $75, not including tax and gratuity. Here’s a peek at the menu and the wines poured. →Rotisserie duck and chicken, with market vegetables and ancient grain.