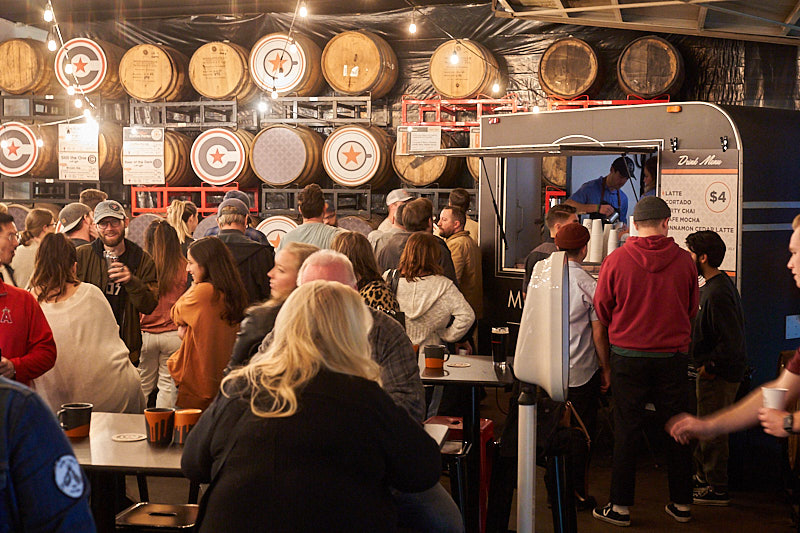 After quitting coffee a year ago, there’s no greater thrill than jumping off a high dive with a reverse triple lindy into an Olympic pool of cold brews, a frothy latte, and a dark coffee porter to finish. The thrill, in fact, is so great, that as I’m up writing this at 3 a.m. after dusting the house, scrubbing the grout, and pulling a three-hour WSET wine exam cram session, there’s no sleep to be had in sight.

The reason for being so amped is simple: There’s a new coffee roaster in town by the name of Chapman Crafted Coffee. If the name sounds familiar, that’s because Chapman Crafted has been making solid beer near the historic Orange Plaza for a few years. “We always knew we were going to be a beverage company,” notes co-owner Wil Dee, who also has roots in Haven Craft Kitchen + Bar and Provisions Deli & Bottle Shop in nearby Orange. “Adding coffee was always in the plan,” he continued. 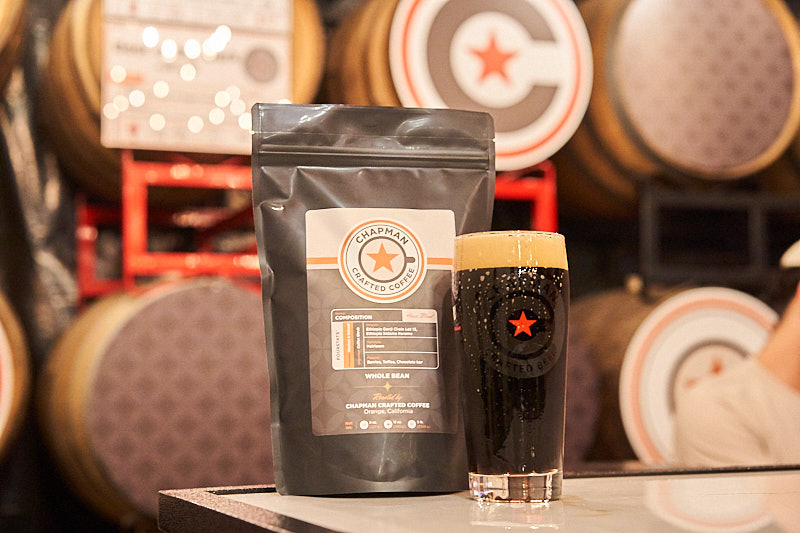 It didn’t take long for the two legs of the company to cross, as coffee in beer is seen more an ingredient than an additive. “What makes the launch of Chapman Crafted Coffee so exciting is that we are able to do it alongside Chapman Crafted Beer with the release of First Roast, a coffee porter,” a beer that sets up the coffee to be expressive on the nose, paving the way for the fruity notes to burst out of the glass with a bright roastiness.

Why now? Chapman’s director of coffee, Noah Poletiek, brings more than a decade of experience in coffee, having previously worked as production roaster for Klatch Coffee before starting Bangarang Coffee Roasters, a brand that quickly became a cult hit in the industry wherein the two years Poletiek operated Bangarang, he earned 15 medals, including America’s Best Espresso, America’s Best Cold Brew, and the Golden Bean Award. Poletiek has also worked for Chapman Crafted tasting room and is a long-time fan of beer, so the timing felt right.

Along with tasty cold brews, pour overs, lattes, and coffee porters, Chapman reserved some space for the unpretentious, offering a quick cuppa drip for those who need caffeine extraction on the go. Twelve-ounce bags are available for purchase, as well as canned cold brew in the coming months, offering non-beer guests an alternative to a tasty beer. Hell, if I’m going to be this productive after a cup or two, I might go back to coffee full time.