My son and I enjoyed the famous night markets in Vietnam and Laos last year, and we came home missing them. So when summer rolled around, we were excited to discover we have two of our own regular night markets right here.

Because both markets are inspired by the 1,200-year-old night markets in China and Southeast Asia, we thought the OC Night Market and the Asian Garden Night Market would be similar to one another. But they are as different as the Jungle Cruise and the actual Mekong.

The OC Night Market, the larger of the two, takes place three times each summer at the Orange County Fairgrounds; the last event this summer takes place Aug. 23 to 25.

The market is surreal. Hip-hop throbs from the stage at the far end of a long outdoor food court. The sweet tang of Korean barbecue clouds the air. Young men slurp strawberry agua
fresca from 2-foot-tall baby bottles. A woman in an embroidered bomber jacket sits at a lobster roll tent and gingerly dissects uni plucked from the Santa Barbara coast.

Perhaps catering to the Instagram generation, which is much of the crowd, many of the offerings are unusual. A wagyu beef patty on a ramen noodle “burger.” A cotton candy ice cream burrito. Korean barbecue ribeye, hot Cheetos pizza, roasted marrow bone, pho tacos, fried Lao pancakes soaked in condensed milk, a honey pancake filled with Nutella and shaped unmistakably as part of the male anatomy. (“Is that?” I ask. The clerk giggles, nodding. “Is it a fertility symbol thing?” I ask. “No,” she says, “it’s just a penis.”)

Most of the food is Asian-inspired, though nearly all of it is robbed of its traditional nutritional value by frying it. This is elevated fair food, friends.

Long lines form at some of the food stands. Vendors move through the crowd passing trays of samples.

Jesus Rojas of Anaheim sips a matcha green tea slush out of a giant light bulb. “Guy Fieri would call this Flavor Town,” he says. “Everything’s got a unique twist.” For Rojas, who is completing his chef’s training at Cypress College and works in food service at Disneyland, the night market stirs up his creative juices.

Says Kyle Mendoza, a salesman from Irvine: “You can’t go to a restaurant and get this kind of food.”

A woman thrusts a paper plate of what looks like giant onion rings our way. It turns out to be the monster squid that’s attracting long lines. “Want to try some?” asks Denise Baehner of Huntington Beach, bundled against a cold marine layer in a burgundy flap coat. The squid is surprisingly not tough or overcooked, and the fried part falls off like with
onion rings.

We run into this several times, complete strangers offering us tastes of whatever they’re eating.

The Asian Garden Night Market, which takes place every summer weekend and ends Sept. 1, is in the heart of Little Saigon and is a more typical Asian night market.

“Our market is absolutely about authenticity. It reminds people of their homeland,” says Kathy Buchoz, a former mayor of Westminster who helps coordinate the night market. “It’s a monumental success. People come from San Diego, from San Jose. We’re known all around the world. We get covered on all the Vietnamese stations, and a lot of the agencies doing travel for people coming from Vietnam send busloads of tourists.”

Pets and children play beneath flocks of drones overhead. The food is typical Vietnamese cuisine, although here, too, the longest lines form for the squid—in this case grilled by a beloved chef who makes a special green sauce.

There’s a neighborliness to the event, going all the way back to Vietnam.

“I can’t tell you how many times people come there and meet up with people they knew back in Vietnam,” Buchoz says. “Almost every night, there are people finding people from when they were young in Vietnam or when they were in the war.”

We meet a few students who say the night markets here seem similar to those in some of the larger metropolitan areas of Asia—in Singapore and Tokyo, for example, they say the markets are mostly culinary. But we miss the handicrafts we found in the markets of Laos, Vietnam, and Thailand.

We wish the local events were more of a cultural immersion. Still, every time I get that crazy compulsion to hit the road, I feel lucky to live in a place of such diversity, where events like the night markets serve up a little adventure at home.

For tickets to the OC Night Market, go to ocnightmarket.com. The Asian Garden Night Market in the parking lot of the mall by the same name at 9200 Bolsa Ave. in Westminster is free. More information is available at asiangardenmall.com. 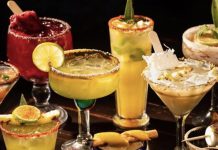 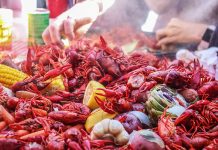 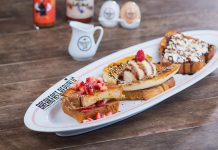