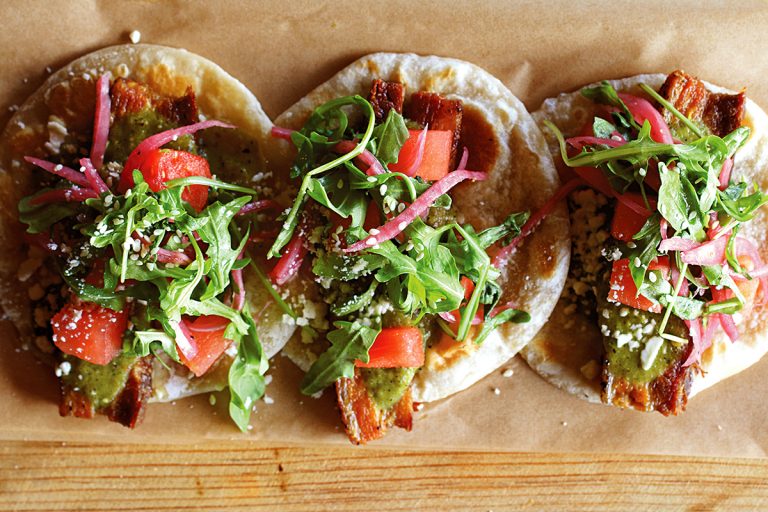 Mole plays a big role in chef Thomas Ortega’s playful menu at Amor y Tacos in a Cerritos strip mall that borders Orange County. His crispy Mole Tots—the French-trained chef churns out about 600 orders a month—are smothered in the 21-ingredient mole, with queso fresco, cilantro, red onion, and sour cream. The sauce also stars in everything from his Oaxacan burger to his mole-verde pork-belly tacos, above. Doritos replace the corn tortillas in his chilaquiles, and the half-pound South East Dog is smothered in short rib chile Colorado, queso fresco, and crackly chicharron. Relax with the Mango con Chili margarita while taking in the colorful posters of Mexican wrestlers and whimsical Day of the Dead skulls. Menu prices range from $5 to $19.

Ortega, who lives in Cerritos and also serves his nuevo latino fare at Ortega 120 in Redondo Beach, has twice appeared as a judge on FOX-TV’s “Hell’s Kitchen.”