Home O.C. Food & Drink Get to the ghetto! 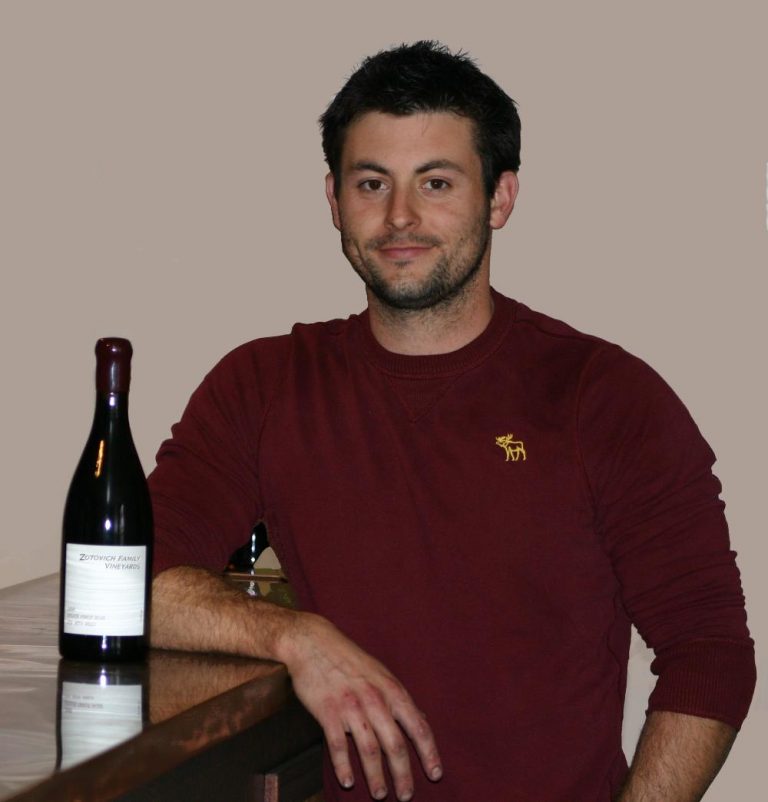 In most family businesses the elders mentor the younger employees. But at Zotovich Cellars, vintner Ryan Zotovich, right, often gives advice to his uncle Steve. “He asked, ‘Where should I grow?’” Ryan said. “He ruled out Napa: too expensive. And Sonoma: Way too far from O.C. He thought syrah and cab in Paso, but I wasn’t sold on it. I said, ‘Have you looked into Santa Rita Hills?’”

And that is where the family bought property in 2003. Ryan lives there, his uncle Steve is based in Orange County. But the collaboration runs deep. Steve introduced his nephew to wine and Ryan has felt that influence for decades. “My uncle and my dad, Pete, have been into wine since the late ’80s. Steve once said, ‘When you start tasting wine you start at the beginning and you finish at pinot noir,’” Ryan said. “Pinot was the one he really liked and he wanted to have a vineyard.”

Santa Rita Hills proved ideal. One of the only sets of transverse mountains on the west coast, the ranges run parallel and create two valleys where maritime fog rolls in and the cooling effect is perfect for pinot.  The area is home to heavy hitters Sea Smoke and Melville. Ryan, who studied at Cal Poly, also worked at Sea Smoke where he said he learned, “How much quality plays a factor—they don’t spare any expense.”

Along with pinot, the Zotovichs make a big, juicy syrah—my personal favorite of theirs—as well as chardonnay and viognier. According to Ryan the climate is great but the challenge of making wine in the area is getting consumers to taste in a space known as the “Lompoc Wine Ghetto.” “Not a lot of people know about it but it’s really a great place with 13 or 14 wineries within a stone’s throw,” Ryan said, adding that it’s less than a three hour drive from O.C. “I say come up here and try the wines and you’re guaranteed to fall in love with some of them.”—Anne Valdespino