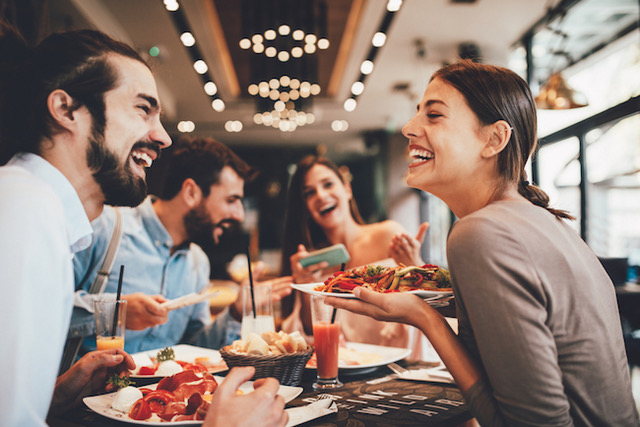 Here’s your yearly opportunity to check off some places on your O.C. restaurant bucket list, with prix fixe menus at more than 150 hot spots. This year’s participating restaurants include some of our previous Best New Restaurants honorees such as Descanso, Lido Bottle Works, Mix Mix Kitchen Bar, Olea, and Puesto. On top of curated menus, there will also be seasonal cocktails and signature items. $10 to $25 for lunch or $20 to $80 for dinner. ocrestaurantweek.com 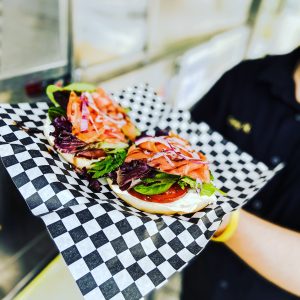 EVOO is an O.C.-based food truck by brother duo Nicholas and Andrew Sciabica that infuses extra virgin olive oil in all its dishes. Deanna Cruz, who the brothers went to culinary school with, joins the team along with her boyfriend Cory Hilleboe. The oil is sourced from Sciabica’s Olive Oil in Modesto, the family’s award-winning olive oil company. Expect street-style, nongreasy fare with Mexican and Asian influences, such as the KBBQ burrito with cilantro-lime rice and bulgogi beef ($12), as well as vegan offerings. Don’t miss the solid brunch menu, featuring dishes such as the tater tot breakfast burrito and the cinnamon swirl French toast, on the weekends. At the Oracle building in Irvine on Thursday from 11 a.m. to 2 p.m., The Bruery on Friday from 5 p.m. to 9 p.m., and Gunwhale Ales in Costa Mesa from 1 p.m. to 5 p.m. Visit instagram.com/evoo.foods for the most up-to-date schedule. 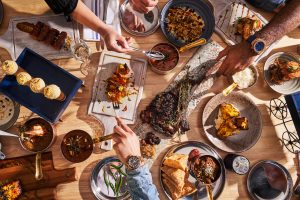 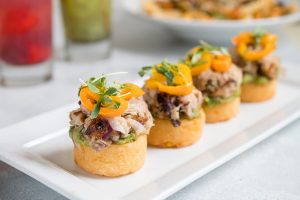 In addition to the myriad culinary tastings and fun happenings at the Disney California Adventure Food & Wine Festival, you can also stroll through Downtown Disney for prix fixe menus for OC Restaurant Week as well as special items from places such as Catal and Salt & Straw. 1580 Disneyland Drive, Anaheim, 714-781-4565, disneyland.disney.go.com