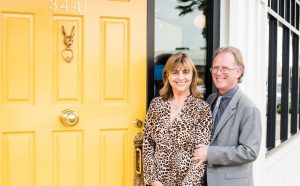 Longtime O.C. restaurateurs Darren and Jean Coyle and their team were honored Sunday as their new Fable & Spirit in Newport Beach was named Best New Restaurant at the 2019 Golden Foodie Awards.

Fable & Spirit has been the subject of much buzz since it opened in summer, a sister restaurant to the Coyles’ much-lauded Dubin 4 Gastropub, as well as Wineworks for Everyone, both in Mission Viejo. Be sure to catch a full review of Fable & Spirit in the November issue of Orange Coast magazine.

At Orange Coast, we’re glad to have our nose to the ground in the O.C. food community, as many of the winners this year have been included in our magazine over the past year or two.

Chef Shachi Mehra of Adya of was named 2019 Rising Star Chef of the Year. Mehra, above, who recently also won the top prize on an episode of Food Network’s popular competition show “Chopped,” was profiled in a 2016 Orange Coast feature on prominent women in some of Orange County’s busiest kitchens.

At Five Crowns in Corona del Mar, the staff earned the Golden Foodie award for Best Service. The five women who keep the 64-year-old restaurant thriving were featured in an Orange Coast profile in August.

Blind Rabbit in Anaheim, on the cover of Orange Coast in 2018 for a feature on Hidden O.C., took home an award for best cocktail for a drink called “The wait for it.”

The Golden Foodie Awards were created to honor the best chefs, libations, and cuisine of chef-driven and independent restaurants in Orange County. For a full list of nominees and winners, visit the Golden Foodies website.