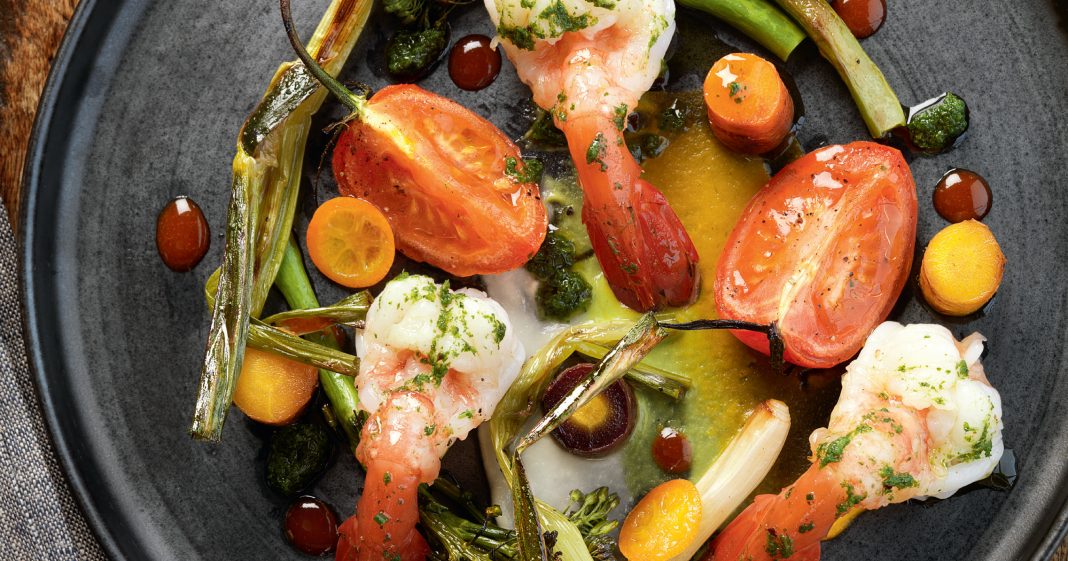 Chef Ross Pangilinan is zen by nature. To see the award-winning chef of the new TERRACE by Mix Mix at South Coast Plaza gently command his staff amid the chaos of sizzling pans and clanging spoons is to witness grace under pressure. 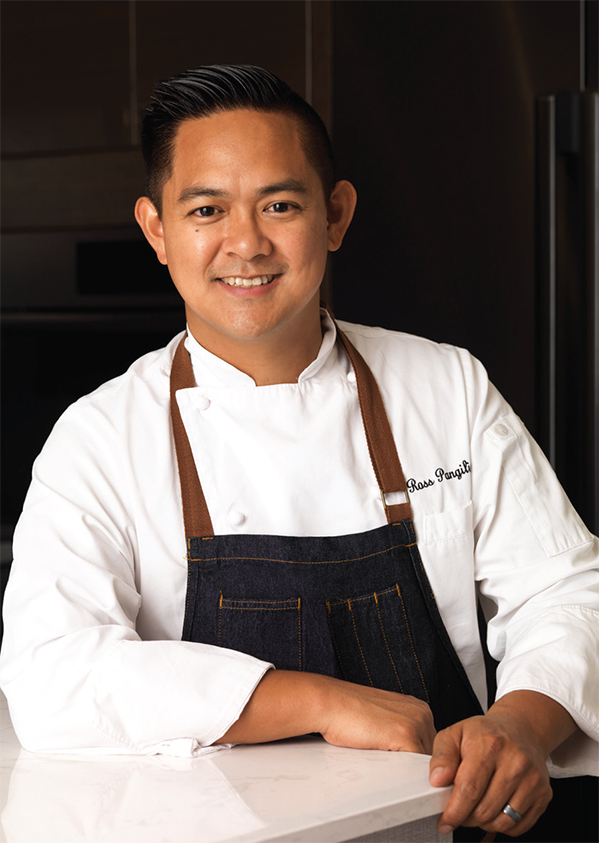 His leadership style manifests itself onto his plates: elegant, complex dishes that are never showy yet stun again and again with bright, hearty flavors. And with Terrace, chef Ross has brought his talents to a more casual setting—but with no drop in ambition.

The balance between high-end and approachable defines Pangilinan’s career. He learned under Joachim Splichal at the Patina Restaurant Group, hustling at the namesake mothership in Los Angeles before opening Leatherby’s Cafe Rouge at Segerstrom Center for the Arts in 2007. There, he cooked food for the symphony crowd, but chef Ross always snuck in glimpses of his full potential—a fantastic crudo here, an Asian-inspired steak there.

He struck out solo in 2016 with the opening of Mix Mix Kitchen Bar in downtown Santa Ana. The restaurant saw food as Pangilinan did: through Filipino eyes, but with a love for the classics of the world. So his ethereal pork rinds came with a spicy vinegar, a classic foie gras became enlivened with puffed rice, and a great rib eye featured a foam derived from ube, a Filipino purple sweet potato customarily used for dessert.

A couple of his Mix Mix favorites have made the trek to Terrace, like pork cheek adobo or albacore tostadas. But chef Ross also has a quick-service menu that includes small plates and flatbreads baked in a stone pizza oven—casual fare that will meld well with patio dining, which has nearly four times the seating of indoors.

Pangilinan also brings his Filipino flourishes. The tuna carpaccio, fresh and colorful, is also sharp with a vinaigrette of calamansi, a Filipino orange beloved for its peppery aftertaste. Scallops get presented as a pinakbet, a northern Filipino dish of vegetables mixed with seafood.

“I like the challenge of being back at South Coast Plaza,” chef Ross says. “Whether people get food on the go, or sit for a great lunch, dinner or weekend brunch, we will wow them.”