The Blind Rabbit, a speakeasy in Anaheim’s Packing House, was a big winner Sunday at the annual Golden Foodie Awards in Newport Beach, taking home awards for bartender of the year, best cocktails, and best bar program. Blind Rabbit also features prominently in the current issue of Orange Coast, including a photo on the cover as part of the Hidden Orange County package.

At Arc Food & Libations in Costa Mesa, Noah von Blom was named chef of the year. 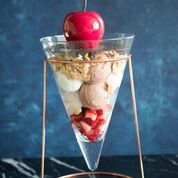 The Best Brunch award went to Taps Fish House & Brewery, run by a family dining dynasty that will be featured in Orange Coast in December.

All nominees and winners will be listed on the Goldie Foodie website.