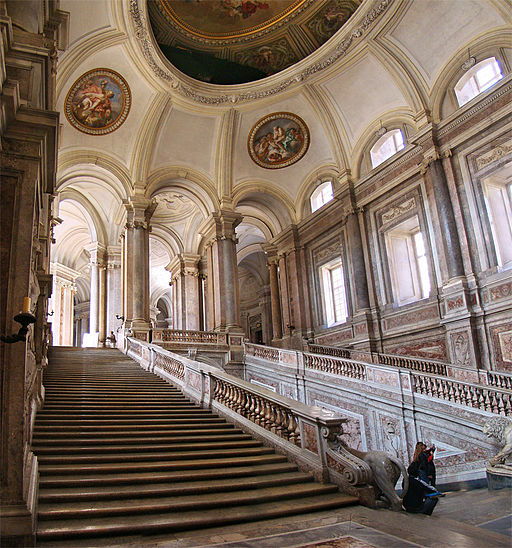 UNESCO’s World Heritage Committee has a single, noble charge: to catalogue, name, and aid in the conservation of sites of outstanding importance to the common heritage of humanity. Sites are designated as Cultural (Jerusalem’s Western Wall, the Acropolis) or Natural (the Serengeti, Australia’s Great Barrier Reef). “Intangible” assets (Turkish coffee, Mongolian throat singing) are recognized as well. Travel publications rarely acknowledge the committee’s work, which is a shame: the discovery of a “common heritage of humanity” forms the heart of travel’s true purpose. The World Heritage site list has real utility: at 1,031 items, it can direct a lifetime of travel and serve as the ultimate bucket list. We recommend two lesser-known listed destinations, one from each of the two countries that boast more sites than any other: Italy and China. If the Suzhou Gardens are designed for tranquility, then the Palace of Caserta is intended to leave its visitors gobsmacked. Built 120 years after Versailles and with that French palace very much in mind, Caserta was built on a scale suitable to house the king, court, and government of Naples, and then ornamented with more than enough marble and gold leaf to humble any visiting dignitary. This is the Baroque as wielded by Italians: everything is massive, the famed gardens are less contained, the halls are grander, the fountains are more exuberant than anything envisioned by Louis XIII. Where Versailles is balanced, restrained, and stately, Caserta is unabashedly lush. (The Italians considered the number of monumental, fresco-covered rooms at Versailles, then doubled it). And at the risk of continuing the unjust comparison—Caserta deserves to stand on its own—the crowds are much smaller than those at Versailles. If Naples is your home base, as we recommend, you’ll be a 45-minute, $4.50 train ride away from 300 acres of what UNESCO describes as “the swan song of the spectacular art of the Baroque.” Admission is $14. For information in English, this is the place to start: reggiadicaserta.beniculturali.it/index.php/italiano/english.html