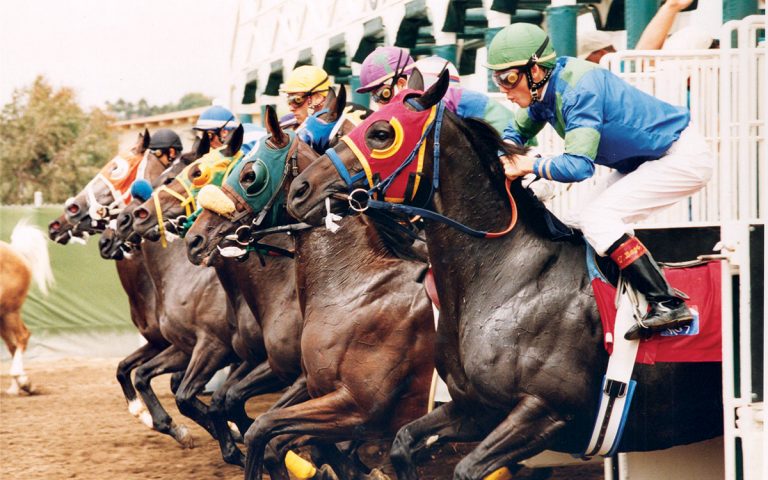 This centuries-old horse country was transformed in part by the spread of train travel, whose arrival prompted the planting of thousands of eucalyptus trees in an attempt to supply wood for railroad ties. The trees’ lacy silhouettes still define this bucolic north San Diego County enclave, which boasts numerous equestrian estates and takes pride in being the back door to events at the Del Mar racetrack, about 20 minutes southwest. It’s also one of the state’s first planned communities, the downtown a master work of Spanish Colonial Revival architecture.

SEE
Just as activist Pearl Chase was spearheading the Andalusian remake of Santa Barbara, Lillian Rice was working her Spanish magic in Rancho Santa Fe. In the 1920s, the architect was a primary designer of the downtown area’s distinctive look. The Rancho Santa Fe Historical Society offers walking tours of key buildings, including the first schoolhouse and various sites now listed as national landmarks. While most have been converted  into office space, a few shops remain, notably Country Squire, an old‑timey gift and linen boutique with wares ranging from elegant china to traditional children’s games.

The picturesque Del Mar Grandstands are minutes from Rancho Santa Fe, making it a convenient place from which to glide in and out of the often-packed temple to thoroughbred racing. The track is open until Nov. 26 for the brief Bing Crosby Meet, named for the crooner who co-founded the ocean‑side venue. On Nov. 25 the track also hosts the Del Mar Craft Beer and Cider Festival, with more than 100 selections of local, international, seasonal and hard-to-find specialty craft brews, ciders, wine and craft cocktails. Meet the local brewers, check out beer inspired merchandise and groove to DJ’s in the Seaside Concert Area. TASTE
At Thyme in the Ranch, a rustic downtown bakery and cafe, breakfast might come straight from the oven, such as the delicious brown sugar cinnamon scones ($2). Come for lunch and opt for the papaya and tarragon chicken salad with its healthful array of fresh veggies ($14.25). Across the courtyard beckons another popular lunch spot, Mille Fleurs, which sources locally, pairing whitefish meunière with Chino Farms corn and fried leeks ($26). The newest kid on the block is Ponsaty’s, a fine-dining restaurant with two terraces and a hopping bar scene inside. The perfectly cooked local halibut à la plancha ($34) is testament to the skills of Patrick Ponsaty, a master chef from France. Indulge in the chocolate bar ($15) at meal’s end.

RELAX
It’s hard to stay put in the artfully decorated bungalows at Rancho Valencia ($780 to $1,450), given the comprehensive list of classes from yoga to Pilates held daily at the luxe spa. The Inn at Rancho Santa Fe ($289 to $589) is perched on a grassy slope at one end of downtown. The low-slung complex was constructed in 1923 as part of Rice’s vision for harmonious environs.