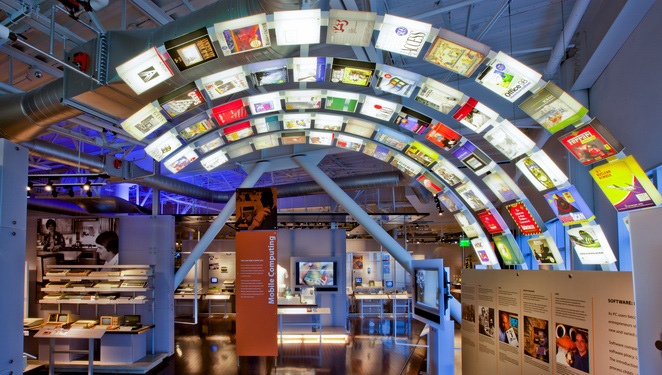 The idea of the nerd has become tedious. Once a term of ridicule for smart, earnest, badly dressed kids resigned to not fitting in, words like geek are aspirational designations, shorthand for “I have stock options.” If you find yourself lamenting this change then March is your month: The 14th was National Pi Day, the anniversary of Einstein’s birthday, and—for you entomologist—Save a Spider Day. And did you know that March is Hexagonal Awareness Month? If all this whets your appetite for nerdish whimsy, we have some destinations where you might feel at home. We promise: the Computer History Museum isn’t a self-congratulatory temple to Silicon Valley navel-gazing, but a true museum. In it, you’ll learn that your sleek smartphone was born of a serious intellectual tradition (physicist Michael Faraday discovered semiconduction in 1833), and you can view it’s predecessor, the 5-ton Babbage “Difference Engine,” an intricate, hand-cranked complex of gears numbering in the thousands and arranged in towers. You’ll also be reminded that computing has less to do with marketing (“How many times has Angry Birds been downloaded?”) than engineering (in 1958 the first computer chip held one transistor; today’s 64-bit microprocessor contains upwards of 590 million). And in one exhibit you get to play Pong. Pong!