Portland is the darling of location scouts with shows such as “Portlandia,” “Grimm,” and “Stumptown” all set here. It appears The Food Network is equally enamored with this foodie city, considering the dozens of chefs and restaurants that have been featured. With well-known retailers such as Anthropologie, Madewell, and Sur La Table setting up shop, it’s getting more difficult to “Keep Portland Weird”—the city’s motto—but there are still plenty of offbeat places awaiting your arrival.

Hotel with a Past
Heathman Hotel in the downtown district has welcomed guests since Calvin Coolidge was in the White House. After undergoing a major renovation in 2018, the 10-story urban resort has earned its five-star rating with rooms that include hardwood floors and plush appointments ($135 and up). But it’s the unexpected amenities that set it apart—curated minibars stocked with locally distilled spirits, wellness kits delivered to your door brimming with yoga mats and resistance bands for a private workout, and Shinola bikes to cruise around town like a local.

Buy the Book
Every great city seems to have a landmark bookstore, and Portland’s is Powell’s Books in the Pearl District. Opened in 1971 and spanning a city block, Powell’s contains 3,500 sections and more than 1 million books. It’s so vast that maps are offered to navigate the 68,000-square-foot space. Just steps from its doors in this former warehouse district are terrific restaurants such as Oven and Shaker, where you’ll find creative wood-fired pizzas and craft cocktails.

Nonstop Brews
Another term of endearment for Portland is “Beervana” because the city is home to so many breweries. About 75 breweries offer everything from tours and tastings to dog-friendly patios.  Even kids are welcome at some locations, and many serve food as well. Several breweries are concentrated in the Pearl District and the Central Eastside, making it easy to create a pub crawl of your own. Organized beer tours are also available by foot, bike, or party bike.

Feast at Beast
The James Beard award-winning restaurant Beast is in a funky Northeast Portland neighborhood. The six-course prix fixe, produce-driven menu changes every two weeks and focuses on what’s in season. Communal dining is the only option at this 26-seat bistro with two seatings offered Wednesday through Saturday at 6 p.m. and 8:45 p.m. and a single seating at 7 p.m. Sundays. A four-course meal is available Tuesdays, and Sunday mornings cater to the brunch crowd. The single menu, limited seating concept is similar to Napa’s French Laundry but at a fraction of the price ($118 per person with optional wine pairings at $50).

Visit with Wine
Kimpton Hotel Vintage Portland, originally opened in 1894 as the Imperial Hotel, boasts a lobby cloaked in urban art with oversize sofas. A floating staircase leads to the old-school recreation room, where Atari games from decades past await. Each floor showcases its own Willamette Valley American Viticultural Area, with rooms paying homage to local wineries—a perfect pairing for the complimentary wine offered each evening ($150 and up).

From Portland to Peru
Check out Latin-focused Portland Mercado with authentic fare from Mexico, Colombia, Peru, and more. This is one of the city’s many food pods made up of a collection of repurposed shipping containers cloaked in bright hues coupled with freestanding food carts.

A Deep Dive
Lurking below Old Town and Chinatown are the Shanghai Tunnels. The web of interconnected passageways and makeshift rooms are said to have stretched all the way to the waterfront. Some say the tunnels were used to smuggle goods (and people). Seeing is believing, so take a Portland Walking Tour and check it out. Tours start with a history lesson aboveground before delving below the city’s surface ($19 and up).

Mark Your Calendar
Jan. 31 and Feb. 1: The Portland Seafood and Wine Festival gets underway with fresh Oregon seafood paired with more than 65 local wineries, plus craft beer, cider, and distilled spirits. Tickets are $15. pdxseafoodandwinefestival.com

Tip From A Local
“About 40 minutes from Portland there is a beautiful restaurant on the Clackamas River called Stone Cliff Inn. It has a fantastic view and a great wine list.”
—Jae Woo, director of Sales & Marketing, Sinju Restaurant Portland 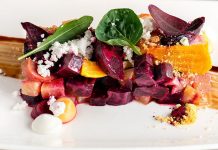 Fable & Spirit Is Our 2020 Restaurant of the Year 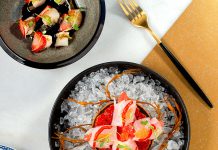 Best New Restaurants 2020: Crudo at The Hall Global Eatery Has An Upscale, Yet Low-Key Vibe 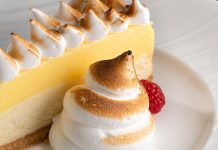