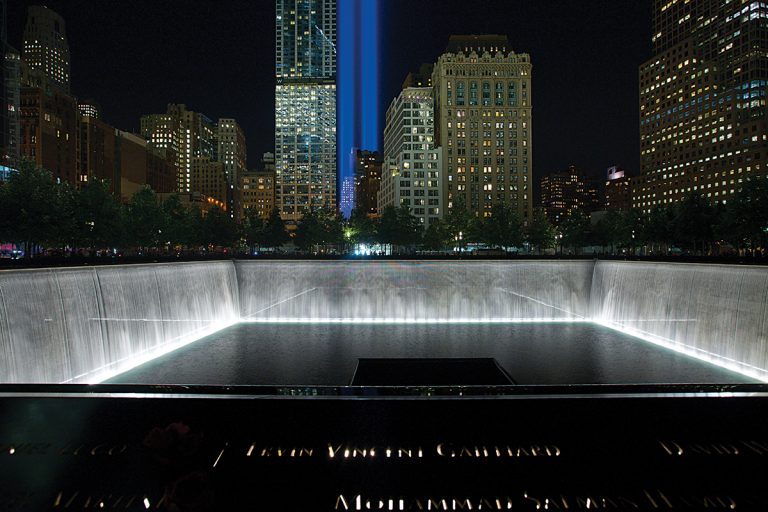 Southern Californians should visit New York every so often, if only to marvel at the differences between America’s two largest metro areas. There’s a new Manhattan to see beyond the bright lights of Times Square. The neighborhoods adjacent to Wall Street, the Meatpacking District, and Hudson Square have undergone a transformation. The affluent residential district TriBeCa (short for “triangle below Canal” Street) embodies the sturdy soul of the city. Its industrial lofts have given way to luxury condos, upscale restaurants, and sidewalks teeming with strollers. Forget Midtown; head south to see New York like a native.

Getting There: United Airlines has nonstop flights from John Wayne Airport to Newark Liberty International Airport.

The year-old  National September 11 Memorial Museum is an unforgettable gut punch of an experience. Visitors can leave recorded oral histories and written messages, and they will gain new appreciation for the events and aftermath of 9/11 ($12 to $24). The National Museum of the American Indian houses a world-class collection of Native American arts and artifacts in the Alexander Hamilton U.S. Custom House, one of New York’s grandest Beaux Arts buildings (free). Wander the cobblestone streets of TriBeCa and Soho, with historic cast-iron-front buildings, especially on Fulton Street.

Rule 1: You can’t leave New York without having bagels and lox. Zucker’s Bagels and Smoked Fish will add schmear to any of three dozen breads and bagels. Add deli delicacies, including the classic, extra-salty belly lox ($1.25 to $13). Rule 2: Begin each day with a great breakfast. The lemon and ricotta pancakes ($16) at Sarabeth’s or the fried egg and bacon sandwich ($8) at Tom Colicchio’s ’Wichcraft are sure bets. For dinner at Locanda Verde, chef-owner Andrew Carmellini delivers unexpected combos (monkfish with rye spaetzle) and an ongoing celebration of all things Italian, including My Grandmother’s Ravioli ($12 to $37).

Class and convenience combine at The Smyth ($325 and up), a luxury boutique hotel fronted by the Chambers Street subway station. A recent renovation traded the manly chrome-and-leather decor for a welcoming, residential vibe in the rooms, the cozy lobby, and the in-house restaurant, Little Park by chef Andrew Carmellini. In 2000, the TriBeCa Grand ($200 and up) brought stylish lodging to the area. Entertainment industry veterans feel at home at Grand Screen, the hotel’s private screening room that features children’s movies. Some guest rooms come with Apple desktops and other Mac tech.