After being cooped up for months, it seems everyone had the same idea this summer: get in the car and experience the natural beauty and grandeur of a national park! Many of these protected areas saw record attendance—all the more reason to plan a visit for the off-season. From stunning waterfalls and towering redwoods to mountain vistas and epic sand dunes, each of our picks have unique charms, and all are within an eight-hour drive of Orange County. It’s time to tick these iconic spots off your travel wish list!

“In a closed ecosystem, species often exhibit dwarfism. Or gigantism. The Santa Cruz Island fox got smaller. But the Island scrub-jay is one-third bigger … than jays on the mainland. And that’s why the islands are called … the Galapagos of North America.”

Santa Barbara-based Channel Islands Expeditions offers a full-day, guided Painted Cave kayak and snorkel trip. Painted Cave is one of the world’s longest sea caves, penetrating a quarter of a mile into the island. In one passage, kayakers are surrounded in the dark by bellowing sea lions.

There are half-day trips to Anacapa’s East Islet. Less than 1 square mile, it has a visitor’s center and a lighthouse. Landing passengers ascend a steel-rung ladder, then climb 157 metal stairs. Seagulls and their spotted nestlings blanket the island seasonally.

Santa Rosa Island is nearly as large as Santa Cruz. Look for pygmy mammoth fossils on the Lobo Canyon hike. The campground is located near a 3-mile-long beach.

Visitors to San Miguel Island sign an acknowledgement-of-danger form. There is no drinking water or shade. The skiff lands on the beach. Campsites are a rugged mile-plus trail uphill; all hikes are strenuous and guided. The Caliche Forest is an eerie expanse of ancient, calcified vegetation—and unexploded ordnance: During World War II, San Miguel was used as a military bombing range. Point Bennett is home to tens of thousands of seals and sea lions. Island Packers Cruises has a trip scheduled for Oct. 9.

Getting to and from any of the islands can be rewarding in itself. On a recent crossing, the boat was surrounded by a megapod of dolphins and stopped for a rare blue whale sighting.

Stay
There is one primitive campground at each island ($15 per site); Santa Cruz also has group sites ($40). If you camp, guard your pack: The tiny island foxes can unzip zippers! Not into camping? Stay at one of the many hotels in Oxnard, such as the Courtyard by Marriot ($148 and up), or in Ventura, such as The Pierpoint Inn ($127 and up).

Eat
There are no restaurants on the islands. Pack all food and water in; pack all trash out. 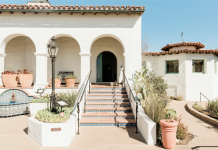 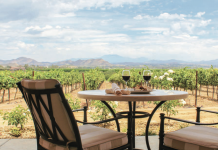 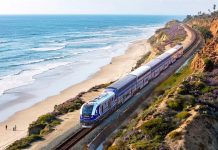 Take the Amtrak Pacific Surfliner From Any O.C. Station for a Limited-Time Discount