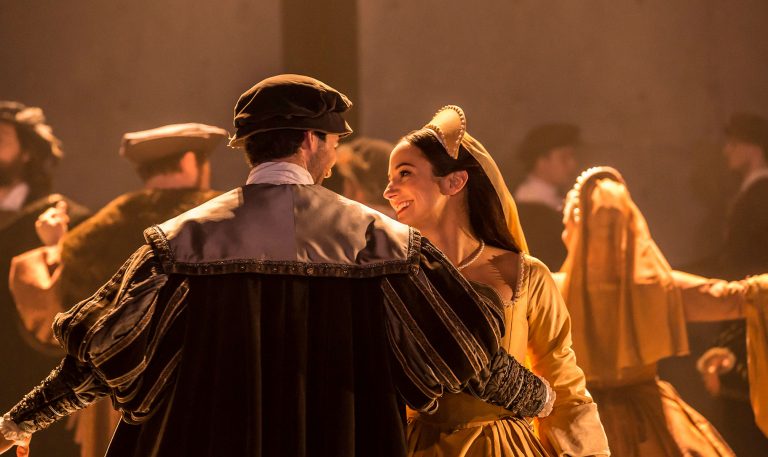 In “Annie Hall,” Woody Allen dismisses L.A. as “a city where the only cultural advantage is that you can make a right turn on a red light.” SoCal residents are used to these snide pronouncements, which are as inaccurate as they are predictable (and frequently made by a visitor who has never tasted decent Mexican food). Besides, cultural sophistication isn’t a matter of where you live. It requires travel, ideally through space and time. This month, you can visit the court of King Henry VIII or lose yourself among the spoils of empire. For both journeys we place ourselves in the hands of the British, the consummate collectors of historical chronicles, ancient artifacts, and cultural touchstones. The plane lands in New York, but, in truth, you’re on your way to 16th century England to witness the bloody and profound aftershocks of royal whim (with gorgeous costumes). The first two novels in Hilary Mantel’s trilogy on the life of Thomas Cromwell have each received the Man Booker Prize—an unprecedented achievement—and since have been adapted for the stage. Taken together, the Royal Shakespeare Company productions give us the story Anne Boleyn, from her court ascendance to her death (reduced to “a puddle of gore,” as Mantel memorably puts it), executed at the command of her husband, King Henry VIII. As grim as that sounds, the plays have been lauded as “bright, brisk, and absorbing.” The production has just begun a 15-week engagement at the Winter Garden Theatre on Broadway.

A ticket package for Parts 1 & 2 begins at $150, and seats—good ones—are still available. Visit wolfhallbroadway.com for dates, times, and tickets.