Home 2020 In Plain Sight: A Double Rainbow in Irvine 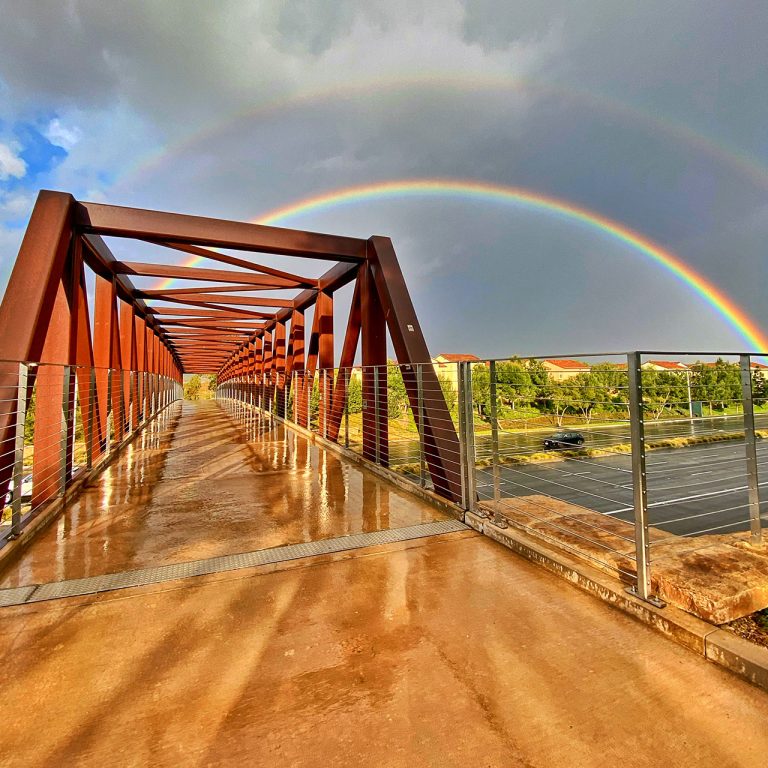 Getting There The bridge is near Jeffrey Road and Irvine Boulevard.
Explorer Credit Virginia McNeely @ginnigabu
Behind the Shot “I was at the park taking photos of my son and his girlfriend (it was their homecoming),” McNeely says. “When I arrived, it was pouring rain, and the rainbow started to appear. The rain cleared, and the second rainbow was making its appearance. I was amazed; the rainbow glowed in the sky for approximately 40 minutes, the longest I’ve ever witnessed a rainbow in the sky.”