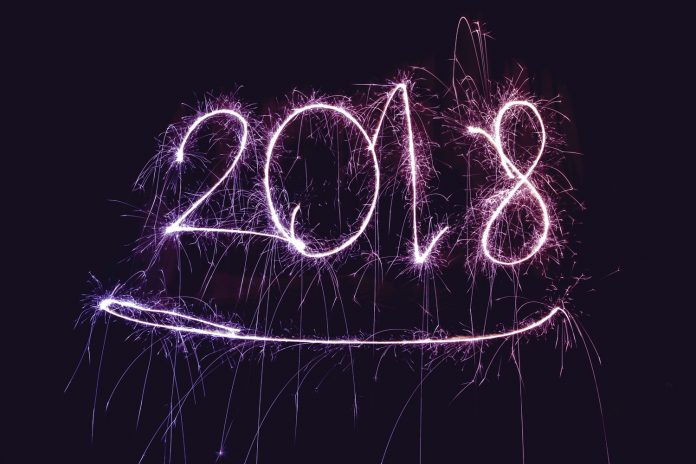 Photo by NordWood Themes on Unsplash

FAMILY FUN
Winter Fest OC will have two celebrations on New Year’s Eve for children young and old. A 3,000-balloon drop and fireworks are slated for 6 p.m. and midnight. These activities are included in your general admission to Winter Fest, which opens at noon on New Year’s Eve and also features an ice slide, inflatables, a Festival of Lights, rock climbing, carnival rides, and an ice skating rink. Ticket prices start at $12 for children online in advance and $17 for adults. Best value is the online value pack for $65 for four people, which includes a fast pass for the ice slide. winterfestoc.com FAIRGROUNDS FOR ADULTS
For an over-21 extravaganza, check out Resolution NYE. There will be two stages over two nights (Dec. 30 and 31) featuring acts such as Young The Giant, Dirty Heads, Seven Lions, Illenium, Slander, and more. The festivities start Dec. 30 at 7 p.m. and on Dec. 31 the party goes from 8 p.m. to 1:30 a.m. at the Costa Mesa and Huntington Beach buildings at the OC Fair and Event Center. Admission is $50, VIP tickets start at $100. resolutionnyeoc.com

ON THE BEACH
Get out on the sand at Bolsa Chica State Beach on Dec. 31 and join DJ Dig Dug and DJ Ravi Drums in a heated tent. The event also features live music, dancing, a photo booth, a full premium bar, and midnight balloon drop. DJ Ravi Drums adds live percussion and unparalleled technology as he plays at 180-degree angles on a custom drum set. Tickets are available for the New Year’s Eve event for $75 in advance and $100 at the door. sealegs.ticketleap.com/newyearsatthebeach

SEAFOOD FOR 2018
Join the folks at Water Grill in Costa Mesa for an interactive photo booth and live music from the Michael Physick Trio. There’s a special surf and turf entrée on the menu for this evening and the featured dessert is dark chocolate mousse. Festivities begin at 9 p.m. Admission is free, but reservations are recommended. watergrill.com

JUST FOR KIDS
The Montage in Laguna Beach will host Paintbox, a New Year’s Eve party from 6 p.m. to 12:30 a.m. for children ages 5-12. The evening features karaoke, a show, dinner, a movie, activities, and more. $150 per child. montagehotels.com/lagunabeach

LAUGH IN THE NEW YEAR
Head to the Irvine Improv for an East Coast Countdown or a West Coast Countdown with Rob Schneider, the “Saturday Night Live” alum perhaps best known as the hilarious “copy guy.” The East Coast event starts at 7 p.m. and has a dinner option ($100) or regular admission for $50. The West Coast event starts at 10 p.m. and will feature Champagne and party favors for $100. irvine.improv.com

AN ELEGANT DINNER
AnQi will highlight one-night-only holiday specials, in addition to its regular dinner menu, including a steamed California sole and an eight-hour slow roasted brisket. A five-course prix fixe dinner is available for $145 per person. There will be a live band and a DJ, plus a balloon drop at midnight. houseofan.com

FAMILY ON ICE
Take the family to a Ducks game early on New Year’s Eve and get a good deal before you head out for the night. You can take advantage of the family pack that includes a ticket, hot dog, and soda starting at $31 each. The Ducks will play Arizona at 1 p.m. on New Year’s Eve and every fan in attendance will receive a cell phone wallet. anaheimducks.com

CANYON RETREAT
Celebrate the start of 2018 at a tucked away location: The Ranch Laguna Beach. Highlights include music from the Shawn Jones Band, dancing, a photo booth, four snack stations, confetti, and Champagne at midnight. The event starts at 9 p.m. and costs $125 per person. theranchlb.com 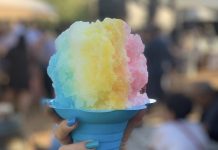 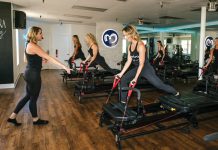 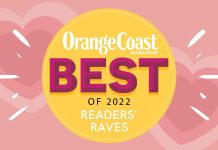