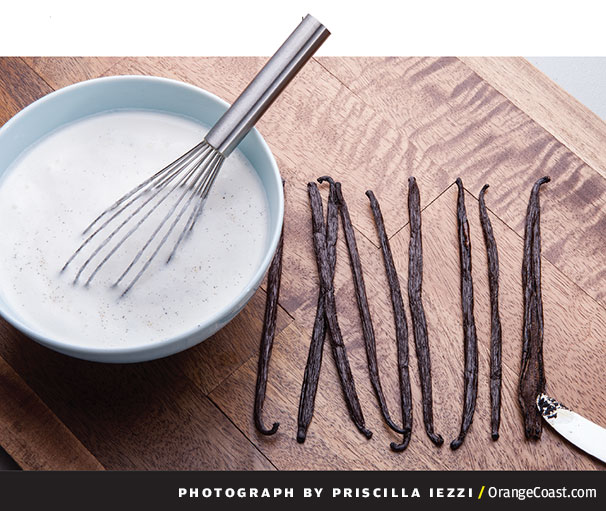 Plain vanilla extract is fine for large-batch baking, but vanilla snobs like to play with other varieties, including the skinny, leathery beans. We won’t delve into the classic Mexican-versus-Tahitian debate, except to say we like Tahitian for creamy concoctions and the bolder Mexican in concert with dark chocolate. Find plump, vacuum-sealed beans of both varieties at Surfas Culinary District. Tahitian, three beans to a package, $23; Mexican, four beans, $11. 3309 Hyland Ave., Costa Mesa, 714-656-2887, culinarydistrict.com