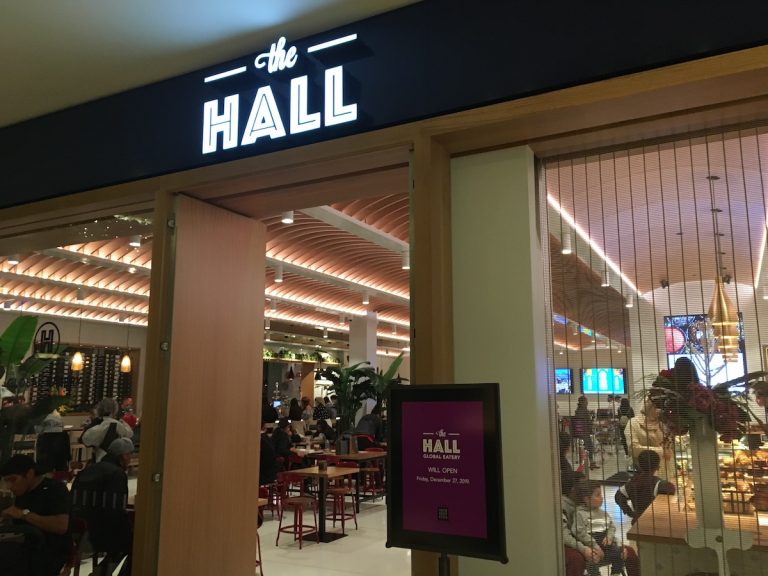 The Hall Global Eatery at South Coast Plaza officially opened Thursday after a soft opening last week. The Hall is the newest creation by local chef Amar Santana, who has risen to fame over the past decade and was a finalist on “Top Chef,” and restaurateur Ahmed Labbate. This is hardly the first collaboration for the pair, who are also responsible for Broadway by Amar Santana in Laguna Beach and Costa Mesa’s Vaca. 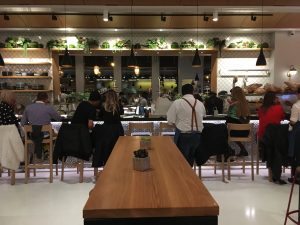 This new venture marks a return to South Coast Plaza for Santana, who landed there more than a decade ago when he moved from New York to California to launch Charlie Palmer at Bloomingdale’s. The Hall Global Eatery is actually three dining concepts under one roof, thus The Hall name.

For quicker fare, there is the Patisserie and Mediterranean Grill. The former offers gourmet coffee, pastries, fresh-squeezed juices and paninis, while the latter has fast-casual Mediterranean selections such as beef and lamb shawarmas, carved chicken, kebobs, wraps, and sides such as hummus and tabbouleh. 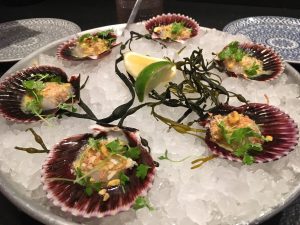 Then there is Crudo, a full-service restaurant with an emphasis on seafood, including raw preparations of it, per the restaurant’s name. Crudo offers selections such as oysters, caviar, king crab, and meaty entrees such as lamb shanks. Crudo is also connected to a full-service bar.

In all, The Hall Global Eatery spans over 7,800 square feet, plus a large outdoor patio. It’s in the spot of the former Z’Tejas grill facing Bristol Street. The Patisserie and Mediterranean Grill are open from 10:30 a.m. to 9 p.m. daily, while Crudo is open from 11 a.m. to 11 p.m., with reservations recommended.