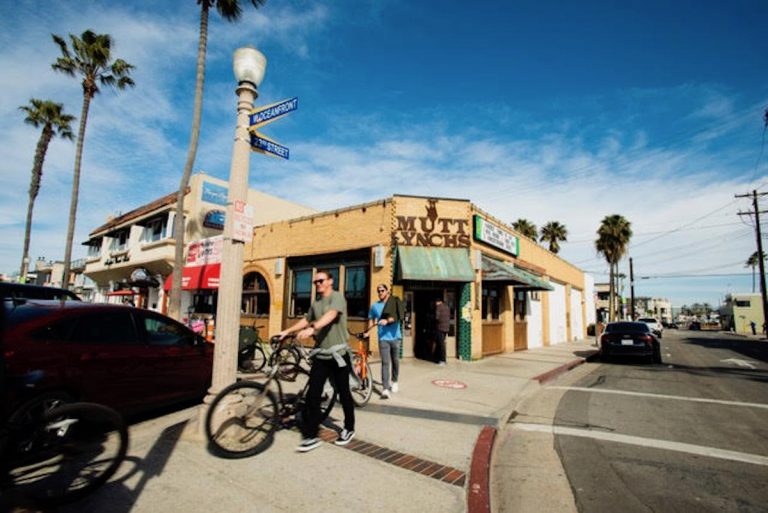 2020 marks the 45th year of operation for Mutt Lynch’s, the come-as-you-are restaurant and bar in Newport Beach that was founded in 1975 by Gail and Dan Lynch. But instead of slowing down, the iconic eatery aims to keep it all in the family and add a second location.

According to the restaurant, siblings Meghan Murray and Ryan Lynch, along with their spouses, plan to continue operation of Mutt Lynch’s, which is just a stone’s throw from the Newport Beach Pier. The bar got its name from Dan’s father, Emmett Lynch, who was nicknamed “Mutt” when he served in the Army during World War I.

In the 45 years since opening, Mutt Lynch’s has prevailed through some adversity, including a fire in 1982 that destroyed the establishment’s original location near the ferry dock on Balboa Island. But Mutt’s recovered and has more than kept up with the times. That is evident from its extensive menu of breakfast, lunch, and dinner that ranges from sliders, tacos, burritos, and burgers to pork-belly hash and avocado toast.

In all, there is more than 200 items to choose from, along with 40 beers on tap. The restaurant operates 365 days a year.

Later this year, Mutt Lynch’s plans to add a second location. Exactly when and where are still in question, but word is it could be another spot in Newport Beach.

“As we gear up for expansion, we’re identifying even more ways to welcome in the next generation at Mutt’s,” Murray said in a statement regarding the anniversary and expansion. “We’re looking to build upon the natural progression of our regulars, many of whom have grown up and started families of their own. For 45 years, our family has been in the business of helping people create lifelong memories, and we look forward to building upon that as we all grow together.”