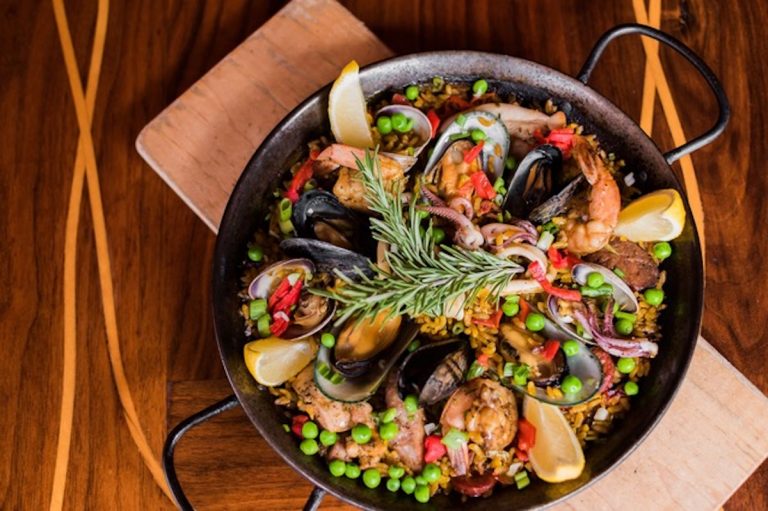 Cafe Sevilla, a Spanish restaurant and tapas bar, will open its first Orange County location this month in Triangle Square.

The new restaurant and bar’s Costa Mesa spot joins sister sites in San Diego and Long Beach, and aims to be much more than a place to merely get your paella on. As we previously reported, Cafe Sevilla promises to be as much about experience as it is good eating.

Spanning 8,000 square feet, Cafe Sevilla’s Costa Mesa location will feature plenty of indoor and outdoor seating, with an emphasis on the latter. The patio will be dotted with cabanas, fire pits, and a heated lounge. Did I mention that it aims to be a festive place? Think live Latin music nightly, Flamenco dinner shows, late-night happy hours and even salsa dancing lessons from 8 p.m. to 10 p.m. every Wednesday. 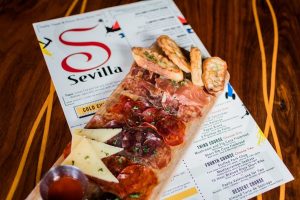 So yes, Cafe Sevilla, the brainchild of Spanish-born Rogelio and Janet Huidobro, is about far more than tapas and cocktails. Though it’s of note that Cafe Sevilla is the largest importer of saffron on the West Coast. Mmmmm. Saffron.

The restaurant was originally slated to open late last year, but construction and Mother Nature caused delays, a spokeswoman said. Recent rains also slowed progress, especially in intricate details of the restaurant such as the ceilings that are made of hand-laid brick and mosaic tiles. 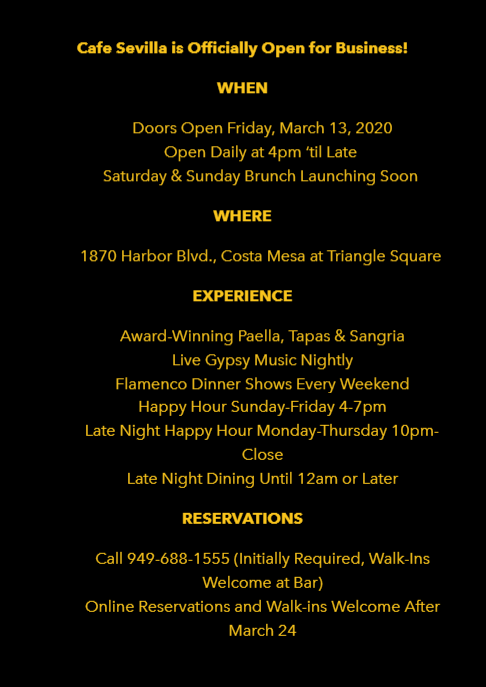