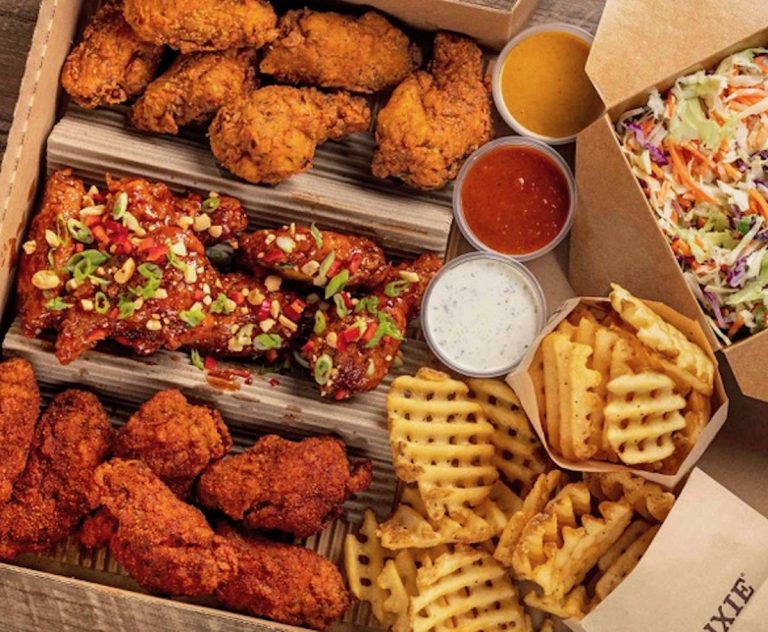 Bruxie has a new temptation on its menu beyond its trademark chicken and waffle sandwiches: wings.

All locations of the chain, including its stores in Orange, Brea, Irvine, and Huntington Beach, recently added the item. Bruxie’s wings are offered in three flavors: Original Seasoned with the “spice blend that launched a thousand Bruxie fried chicken sandwiches”; Spicy Red with a dry rub that includes chipotle chili and cayenne; and Gung-Ho Glazed, in which the wings are tossed in a house-made Thai chili sauce and topped with crushed peanuts, Fresno chilis, and scallions. Yum. 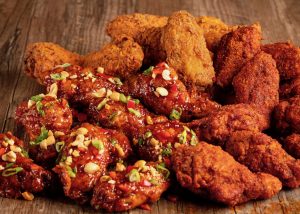 Chef Kelly Mullarney says the wings at Bruxie stand out from the pack because they are meant to stand out on their own.

Still, if you’re dipper devotee, there are several options to choose from, with Bruxie’s seven sauces available for your slathering and subsequent finger-licking. Those include the usual suspects like ranch and honey mustard, along with Carolina BBQ and Angry Cheese sauce.

Bruxie’s new wings are available in packs of seven for $8.95 or the 18-count Wing Spread Box that includes waffle fries and slaw for $26.95. The latter could easily elevate a potluck or feed friends during that big football game happening next month.