As I wander Hotel Fullerton’s vast, empty parking lot—mere steps from the inevitably clogged, noxious 91 freeway—I launch into full flight mode. Get me outta here, I think, as my eyes dart for an escape. Scrambling into the lobby doesn’t get me where I need to go, and I end up back outside, hoofing it to the inconspicuous entrance to Journeyman’s on the building’s west face.

That door is a portal to an unexpected realm of calm, ease, and delight. Looking over a sea of unpopulated tables in a 52-seat room in low-volume hues and sleek new surfaces, I hear my inner curmudgeon back off. Ah, this is more like it.

I also hear a soundtrack more typical of a spa. What? No pop tunes; no smooth jazz? A cordial waiter takes our cocktail orders, and when he suggests adding bottled water from an artesian source in New Zealand, I say, “Why not?” The softening up is underway, clearly.

Dinner here is prix fixe: a choice of four dishes in each of four courses. The handwritten menu is a detailed description of all 16 dishes and requires focus. The terse listing “Peas, Buttermilk, Coriander, Serrano Ham” is more rhetorical than enlightening, but our waiter proves deeply knowledgeable and ceaselessly patient. Despite the intricate nature of the food, the vibe is kind and unfussy. A brawny ice block dilutes my cocktail at just the right pace as the waiter details each preparation. By the time that fancy Antipodes brand water is poured, I’m quite astounded and damn hopeful. Already this is unlike any meal I’ve had in years, and maybe ever in Orange County.

Executive chef Zachary Geerson, who opened the hotel’s Citizen Kitchen in 2015, is the earnest soul of Journeyman’s. He is unquestionably inspired by the work of Michelin-level kitchens such as Chicago’s Alinea, Copenhagen’s Noma, and Vespertine in Los Angeles, but it’s Geerson’s journey we’re joining. The chef is quick to note he gets crucial support from like-minded devotees, including bartender-server Steven Hayden, who concocts bitters and even virgin gin in-house. Liquor rep Felicia Chavez contributes her mad bread-baking skills when schedules allow. 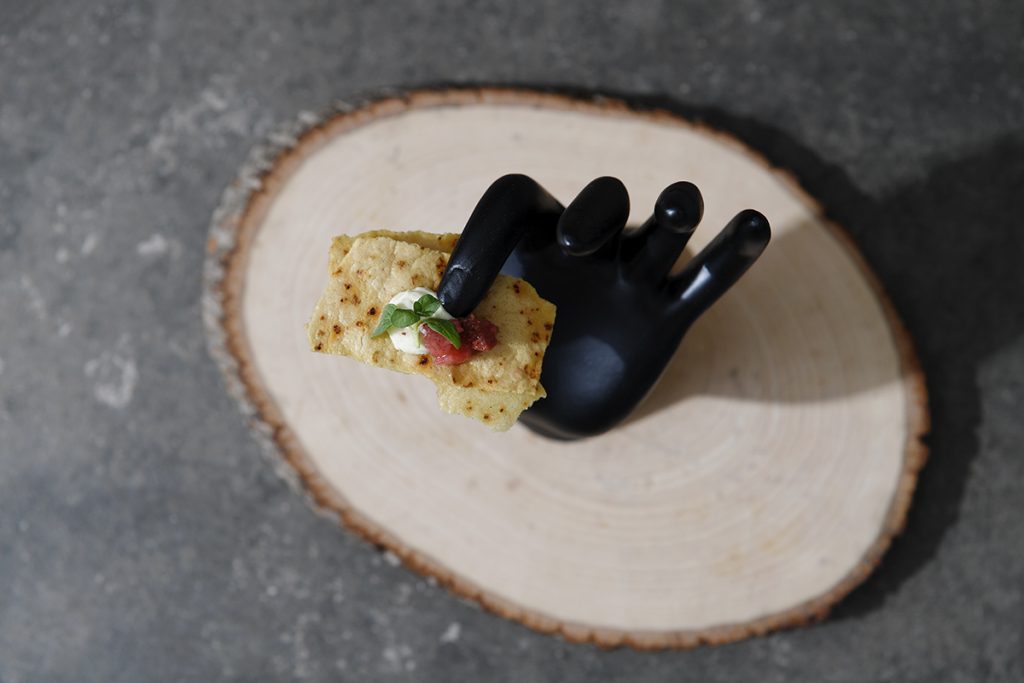 Fragrant, toothy bread gets a lush assist from house-cultured butter. When an amuse-bouche of whipped Santa Barbara uni, strawberry umeshu (Japanese liqueur) gel, and twee fennel blossoms appears atop a pristine urchin shell, giddiness takes hold. This is the point, and it’s well-played.

It’s clear this is food you will never cook at home, let alone compose as evanescent still-life artwork. Every dish is plated so creatively, so precisely as to border on obsessive. That is, until each bite delivers on every gorgeous promise. Bright-orange salmon roe arrives hiding under a tent of taupe crisps thin as business cards, made from mushroom-infused baked meringue. The mushroom crackers match the plate’s color, exactly. How? By tinting the meringue with a touch of squid ink. Underneath, the hickory-smoked fish eggs await, countered with preserved lemon jam that’s sharp, funky, and faintly fruity.

Because the menu reflects the season along with Geerson’s whims, it’s always updating. In spring and summer, it includes the familiar: peas, burrata, scallops, hamachi, potatoes, lamb, fresh pasta, often in unfamiliar forms. One popular dish that might endure beyond summer is a fanciful, nuanced take on Chicken Tom Ka Gai, inspired by Geerson’s wife’s Thai-Laotian roots. The relatively straightforward Spaghetti, Spring Vegetables, Herbs stars a swirl of delicate house-made micro fettuccine flattered by rainbow carrots, summer squash, and just-sprouted mint, basil, thyme, fennel, and parsley. The midsummer dessert I’ll dream of all year is a raspberry and rhubarb crumble graced with Brie ice cream. Like all desserts here, it’s elaborate and more savory than sweet.

Journeyman’s hyperseasonal cuisine is tough to categorize. It’s not copycat food or molecular gastronomy. I wouldn’t say postmodern, because what does that even mean? Geerson calls it progressive American, but folks look confused when I say it. 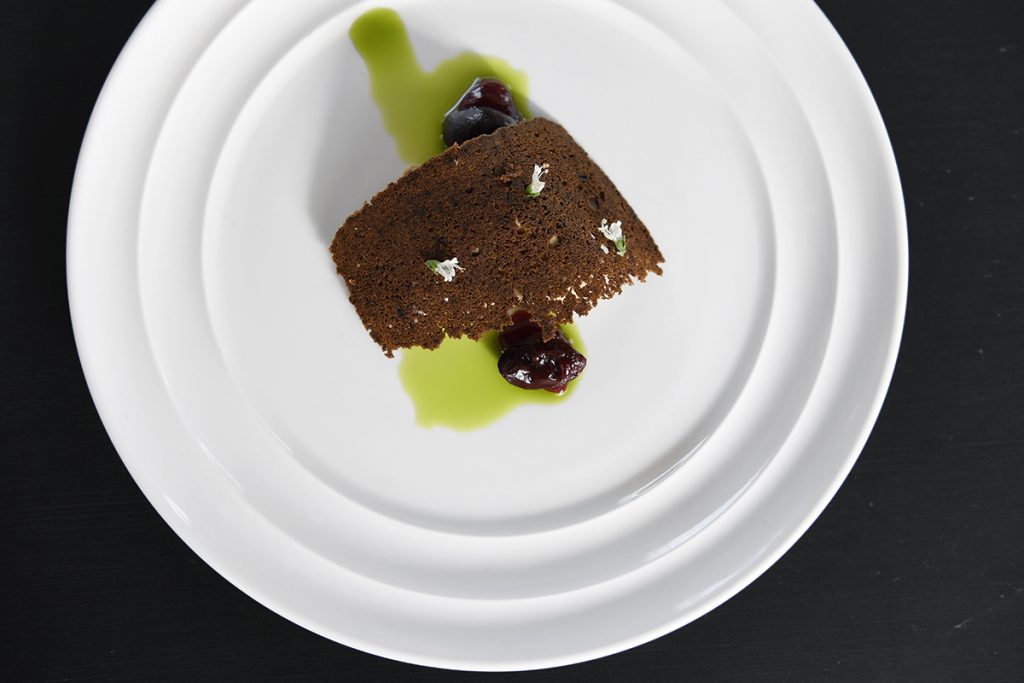 Just know that dinner at Journeyman’s is best enjoyed with an open mind and heart. Expect a memorable, immersive experience at a very good price. Move this team to the coast or Los Angeles, and the price would easily double.

If you have an ounce of adventure in your appetite, make the blankety-blank drive to Fullerton. It’s so much closer than L.A.

FYI Enter on the west side facing Raymond, not through the lobby.