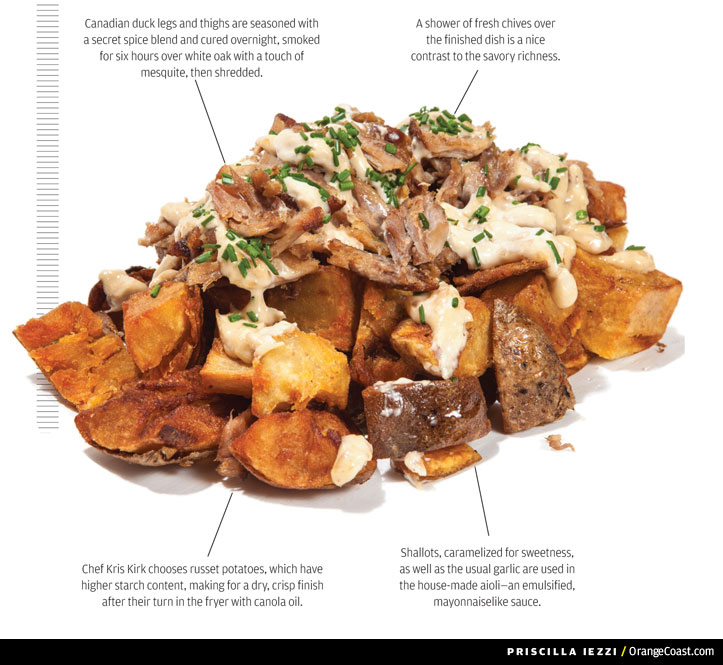 The idea of value-added frites, either a descendant of SoCal carne asada fries or a riff on Canada’s gravy-topped poutines, might be one of the best craft beer or cocktail go-withs ever. This version from DivBar, on the Newport Beach waterfront, gilds the already-rich frites with sumptuous smoked duck. $9