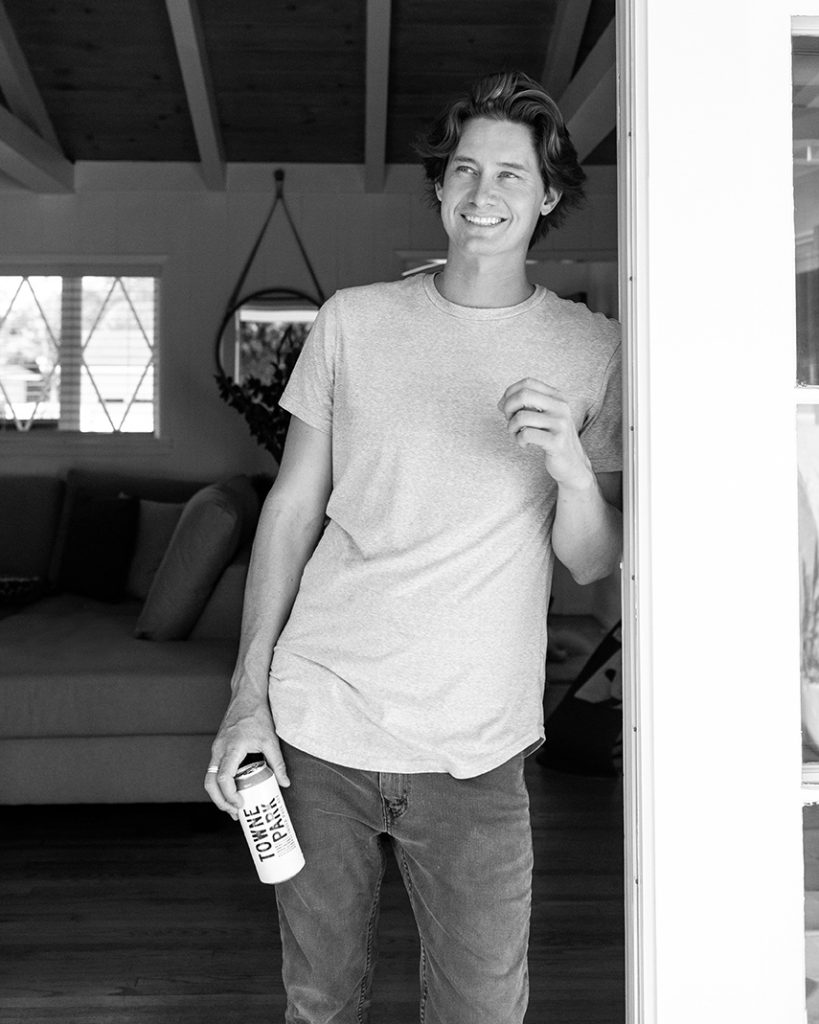 THE FACE OF CRAFT BEER

Brett Lawrence isn’t like most entrepreneurs! He’s a surfer, a snowboarder, a world traveler, a father to an infant son and most notably a brewery owner. His passion for beer and a desire to control his own destiny led him to build Towne Park Brewery and Taproom in West Anaheim, one of the largest in Orange County. This 20,000-square-foot facility with its 30-barrel brew house, a couple of 60-barrel fermenters and a 2,000-square-foot cold box (the space near the tasting room where draft beer is kept) Towne Park can make and serve a lot of beer.

Lawrence’s first experience with beer happened when his staff got him a little beer kit in 2013 for Christmas. He brewed his first batch in 2014 – a blonde ale. In 2015 he started contract brewing. Today you can pick up a six pack of Towne Park Brew at your local Vons, Pavilions or Albertson’s market. Town Park also can be found on tap at many hot spot restaurants including Louis by the Bay, The Winery, North Italia, Mastro’s, and Mozza. Angel stadium, Disneyland and LA Airport also have the brand on tap.
In addition to bottling, canning and kegging for Towne Park, Brett Lawrence moved into the private label collaborations for clients like Pelican Hill Resort, Chosen Foods, Shorebreak Hotel, Wood Ranch and Sealegs.

“Nothing is ever typical about my day,” he says, “I chase one dream after another, living by my motto ‘Why Not!’ I have had my share of failure, but my persistence and guts have created a quality beer that I am very proud of. I also have the best team supporting my crazy side and together we are making great beer and having a lot of fun too!