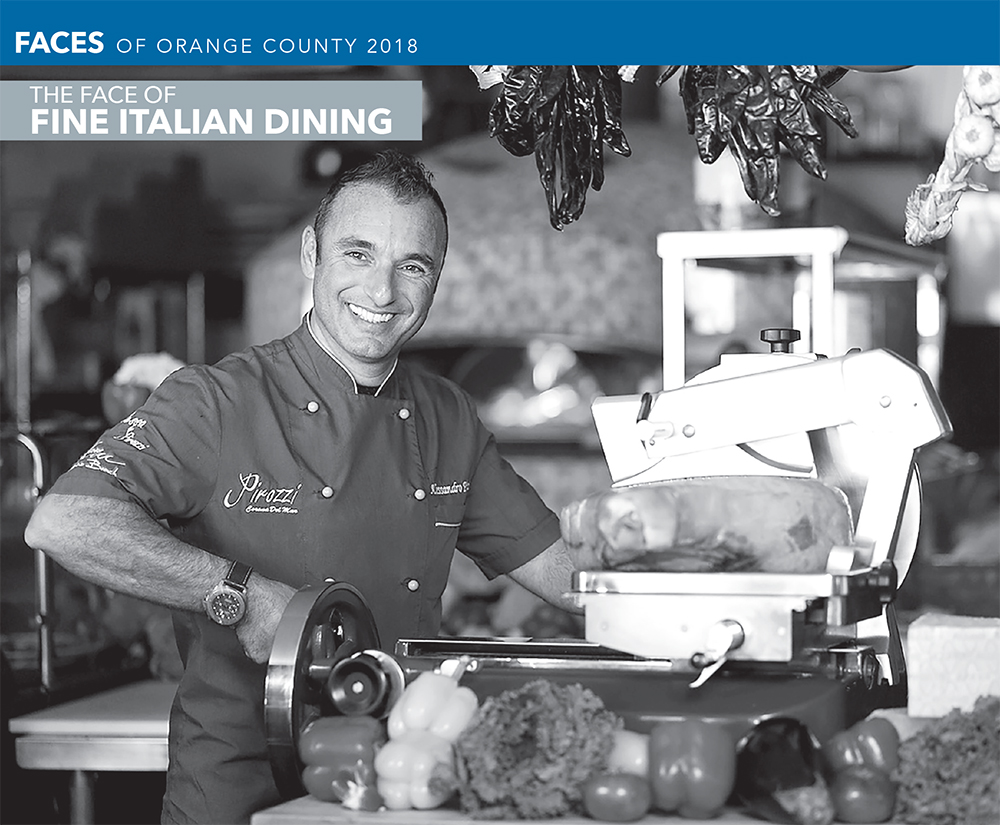 The Face of Fine Italian Dining

Born in Naples, Italy, Pirozzi learned his way around the kitchen from his beloved grandmother, Nonna Ida. He fell in love with the different aromas, flavors and learning the traditional techniques of preparing fresh homemade pasta. It was there that he learned many secret family recipes and began his journey. Pirozzi’s passion for food prompted him to learn the cuisine from every region in Italy. His Uncle Ugo D’Orso, a professor at the culinary academy of Napoli, helped Pirozzi further hone his skill and craft. He discovered regional secrets to impeccable pizza; mastered meat preparation, including the perfect veal saltimbocca and became versed in many different sauces. His passion coupled with his formal training allowed Alessandro Pirozzi to evolve into the great Certified Italian Chef he has become.

The culinary journey that began in Southern Italy brought Alessandro to Southern California where today he lovingly shares his family recipes and unique creations to great acclaim, showcasing both Pirozzi’s respect for tradition and pursuit towards delicious innovation. The Chef of the Year (Riviera Magazine) invites you to visit any of his fine Italian dining destinations for dining, drinks and delightful memories.