This dark comedy by Molly Smith Metzler—creator of Netflix’s “Maid” and a writer for “Shameless” and “Orange Is the New Black”—follows Jessie, a former corporate lawyer feeling isolated at home with a newborn. After she and a fellow mom form a friendship, they attempt to bring a third mom into the group. The results shine a light on the power of female friendship and ways in which economic class influences parenthood.
OPENS APRIL 1
Chance Theater, 5522 E. La Palma Ave., Anaheim, 714-777-3033

Arnold, an Emmy-nominated choreographer for her work on “The Late Late Show with James Corden,” was tap dancing with a national touring group by the time she was 10. She has choreographed, produced, directed, and performed in multiple movies, TV shows, and stage productions since then. This show features her tap-dance troupe, the Syncopated Ladies, with whom she won the dance crew battle on “So You Think You Can Dance.”
APRIL 2
Musco Center for the Arts, One University Drive, Orange, 844-626-8726

One of Hawaii’s most popular comedians, Tumua is known for the sketches and stand-up bits he posts on his popular social media accounts. This show, part of his first national tour, is appropriate for all ages.
APRIL 2
Irvine Barclay Theatre, 4242 Campus Drive, Irvine, 949-854-4646

Branden James, a classically trained opera singer who reached the finals of “America’s Got Talent,” and James Clark, a cellist and pianist who has played with Idina Menzel and Olivia Newton-John, perform in Orange County for the first time as a duo. They’ll present their take on popular Disney songs, as well as favorites by Josh Groban, Il Divo, Andrea Bocelli, and Sara Brightman.
APRIL 7
Muckenthaler Cultural Center, 1201 W. Malvern Ave., Fullerton, 714-738-6595

The Italian composer’s take on the Shakespearean tragedy features Carl Tanner as Otello, Kelebogile Besong as Desdemona, and Stephen Powell as Iago, accompanied by the Pacific Symphony and the Pacific Chorale. The opera will be sung in Italian with English supertitles and will include a talk with KUSC host Alan Chapman.
APRIL 7, 9, AND 12
Renée and Henry Segerstrom Concert Hall, 615 Town Center Drive, Costa Mesa, 714-755-5788

In this Witte Lecture, Alter will discuss her book, “The Ones We’ve Been Waiting For: How a New Generation of Leaders Will Transform America,” and how the generational shift in the country will shape everything from climate change to social justice. A senior correspondent at Time who has covered multiple political campaigns, she has also written for The New York Times, The Washington Post, and The Wall Street Journal.
APRIL 8 AND 9
Newport Beach Public Library, 1000 Avocado Ave., Newport Beach, 949-548-2411

EDGAR MEYER AND THE SCOTTISH ENSEMBLE

Meyer is a classical bassist and composer and a five-time Grammy Award winner and recipient of the MacArthur Foundation Fellowship. He’s known for the innovative way he blends musical styles and will perform two of his own compositions, as well as pieces by Bach and Caroline Shaw, with the Scottish Ensemble.
APRIL 9
Soka Performing Arts Center, 1 University Drive, Aliso Viejo, 949-553-2422 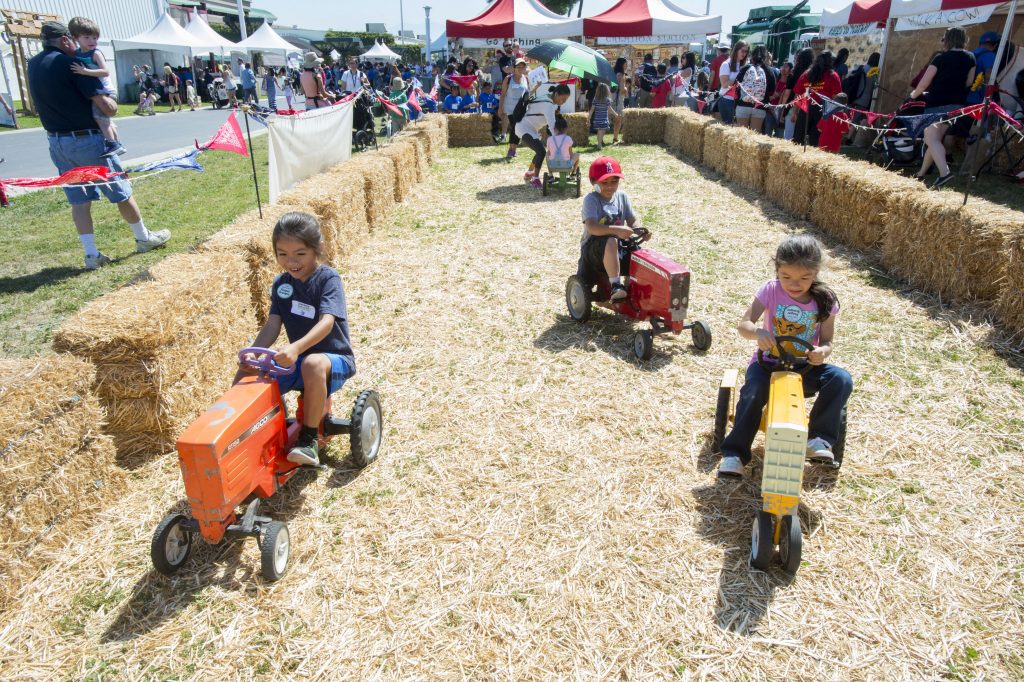 The orchestra aims to replicate the approach, style, and sound of the era in which the music was composed. Led by Gardiner, a Grammy-winning conductor, it plays compositions from the early baroque and classical eras. This performance will feature work from Mozart and Haydn.
APRIL 14
Renée and Henry Segerstrom Concert Hall, 615 Town Center Drive, Costa Mesa, 949-553-2422 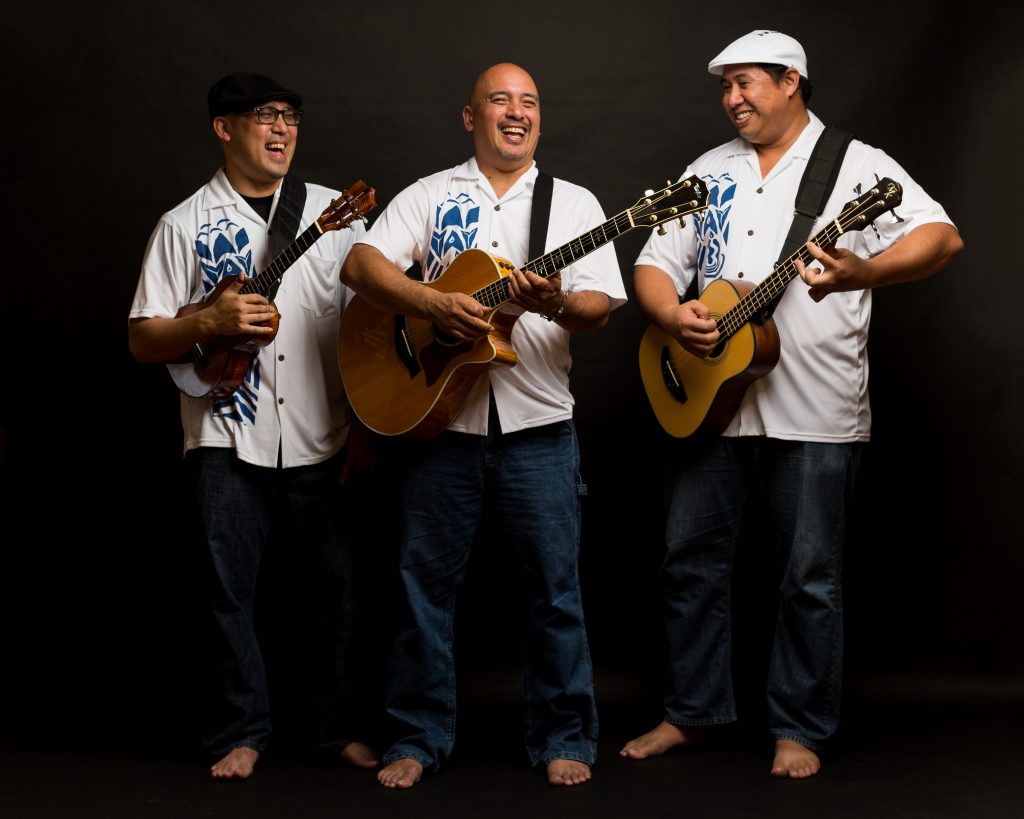 The second-longest-running Off-Broadway musical, this show was staged more than 5,000 times from 1996 to 2008. A series of vignettes about love and relationships, it takes a comedic look at first dates, marriage, parenthood, and beyond.
OPENS APRIL 20
Laguna Playhouse, 606 Laguna Canyon Road, Laguna Beach, 949-497-2787

The brother-and-sister duo have gained fame separately: Sheku as the cellist who performed at the wedding of Prince Harry and Meghan Markle; and Isata as the pianist whose 2019 debut album rose to No. 1 on the U.K. classical charts. They’ll take on compositions by Shostakovich, Britten, Karen Khachaturian, and Frank Bridge.
APRIL 21
Renée and Henry Segerstrom Concert Hall, 615 Town Center Drive, Costa Mesa, 949-553-2422

Currie is a solo percussionist who performs regularly with the London Philharmonic, Royal Concertgebouw Orchestra, and New York Philharmonic and has premiered work from some of the world’s leading composers. He’ll take the spotlight in the debut of a concerto by Danny Elfman, the former Oingo Boingo frontman and composer of the scores for “Edward Scissorhands,” “Good Will Hunting,” and “The Nightmare Before Christmas,” among others.
APRIL 24
Soka Performing Arts Center, 1 University Drive, Aliso Viejo, 949-480-4278

Minhaj rose to fame as a senior correspondent on “The Daily Show With Jon Stewart” and went on to host his own political comedy show on Netflix, “Patriot Act With Hasan Minhaj.” This tour marks his first time on stage since the 2017 tour, which resulted in the Netflix special “Hasan Minhaj: Homecoming King.”
APRIL 24
Segerstrom Hall, 600 Town Center Drive, Costa Mesa, 714-556-2787

Yu’s novel “Interior Chinatown” won the 2020 National Book Award for fiction. He has also been nominated for two Writers Guild of America awards for his work on HBO’s “Westworld.” In this lecture, he’ll discuss immigration, assimilation, and representation, as well as the role of family and the stereotypes that continue in film and on TV.
APRIL 28
Newport Beach Public Library, 1000 Avocado Ave., Newport Beach, 949-548-2411

Joyce Yang won the silver medal in the 2005 Van Cliburn International Piano Competition when she was 19 years old. Since then, she has become a sought-after soloist and has collaborated with the Chicago Symphony, Los Angeles Philharmonic, and San Francisco Symphony. She’ll perform Rachmaninoff’s “Rhapsody on a Theme of Paganini” before the Pacific Symphony closes the show with Schumann’s Symphony No. 4.
APRIL 28 THROUGH 30
Renée and Henry Segerstrom Concert Hall, 615 Town Center Drive, Costa Mesa, 714-755-5788

The groundbreaking dance troupe, which was featured on “So You Think You Can Dance,” will perform two pieces in this show. “Bach 25,” set to music by Johann Sebastian and Carl Philipp Emanuel Bach, celebrates love and the alliances it forges. The second, “Stardust,” features several of David Bowie’s hits, including “Space Oddity” and “Life on Mars,” along with costumes inspired by Bowie’s glam-rock style.
APRIL 29
Irvine Barclay Theatre, 4242 Campus Drive, Irvine, 949-854-4646

“FOR BETTER OR WORSE: TALES OF MARRIAGE”

Stage, film, and TV actors perform short stories about love and marriage in this show, an installment in the Selected Shorts series that was launched in 1985 at Symphony Space in New York City. Past performers in the series, which is broadcast on 150 radio stations around the country and released as a podcast, have included Catherine O’Hara, Blythe Danner, and Tony Hale.
APRIL 30
Irvine Barclay Theatre, 4242 Campus Drive, Irvine, 949-854-4646 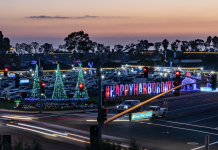