You played for Phoenix, New Orleans, and Memphis and spent seven seasons in the German league. What made you decide to manage a CircusTrix?
Brittney’s sister and brother-in-law have worked with the company (which has over 30 locations) for years, and they really wanted us to open one in O.C. since we live in Laguna Hills. We have three girls—ages 11, 9, and 7—and we love working with kids. We thought this would be a great opportunity because it’s not just another trampoline park. Not many people can say they run a business that brings in their friends and family and everyone has a great time.

What are your favorite parts of the facility?
There’ s a lot. We have the trampoline grid and the basketball hoop, but we also have aerial silks, a trapeze bar, and an Olympic-style trampoline. My favorites are probably the zip line and the ninja obstacle course. I’m not an extreme athlete or a thrill seeker. I can do a front flip and that’s about it. But the first week, Brittney and I would come in an hour before opening—after dropping our kids off at school—and try all the attractions.

You also work as a college basketball analyst for Fox Sports 1 and other networks. How do you balance that?
It’s obviously a lot harder during the season, but I try to be (at CircusTrix) as much as possible. If you come in, you’ll likely see me at the front desk or cleaning the floors. We’re really hands on, and we’re still coaching staff because we just opened in September.

Do you think your experience with your basketball career has helped you in running this business?
Definitely, in terms of work ethic. Brittney is also an athlete. She was an All-American rugby player at Stanford, where we met. So we both know that you get out what you put in. I’m 6 feet six inches tall, so I was blessed with good height, but I wasn’t a naturally gifted athlete. I feel my success was dude to discipline and practice. And I apply that to coaching our staff, setting a good example.

Have your kids been thrilled with this gig?
They were really excited at first. They still love it, but they’ve been to the park 50 times in the past couple of months, so we are trying to make sure they have time to do other activities and sports. It’s like if your parents owned Disneyland. They’re probably the only kids in America who say, “Hey Dad, can we not go to the park today?” 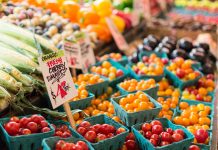 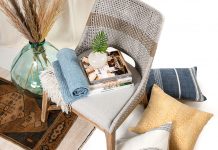 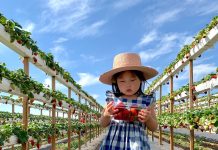