Home Life & Style Back to School House Hunting: When the District Matters More Than the... 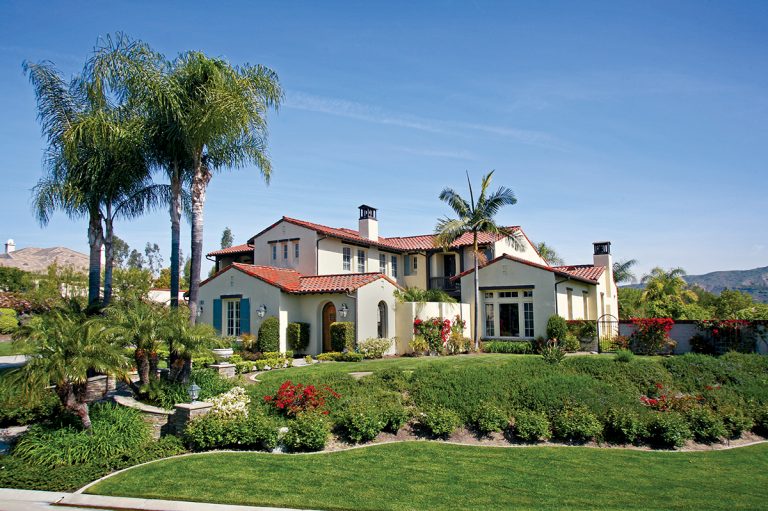 Buyers don’t have to choose between a quality education for their children and a quality home—they can have both. The Orange County Department of Education
oversees 28 districts, and all but five include schools recognized with a California Gold Ribbon Award in 2015 (middle and high schools) or 2016 (elementary).

Nicole and Jon Dishon, a husband-and-wife real estate duo, each grew up in the Newport-Mesa Unifi ed School District and now send their children there. Jon
surmises that about half their clients are district-specific. “Most of our buyers will make compromises in what they’re looking for in a home just so they can be close to the school where they want to send their children,” Nicole says.

There’s little compromising needed with this 8,373-square-foot, two-story Tustin home in the Tustin Unified School District, where 24 of the district’s 29 schools landed a Gold Ribbon Award.

The 2001 Mediterranean-style home on Bronzewood Drive sits among fruit trees and palms on more than three quarters of an acre. Each of five bedrooms has a bath, and the home has an additional full bath and two half-baths. The $4.5 million property also has a pool, a spa, a built-in outdoor barbecue, and four garage spaces. Listed by Joan Simonoff, 949-370-6016 Newport-Mesa Unified
$2.65 million
In a district where 13 out of 31 schools have earned a Gold Ribbon Award, this 4,000-square-foot home on Aleppo Street in Newport Beach has four bedrooms and five baths. The kitchen and master bath have quartz countertops, and many rooms in the traditional two-story home have French oak flooring. Built in 2000, the house has a two-car garage. Brad Hinman, 949-554-1210 Orange Unified
$995,000
This brick-lined, corner-lot home on East Mabury Avenue in Orange is part of a district where 23 of 38
schools have earned a Gold Ribbon Award. The 1979 two-story residence has four bedrooms and four baths in 2,773 square feet. The kitchen has a breakfast nook, and the garage holds three cars. Sharon Kaak, 714-606-7136