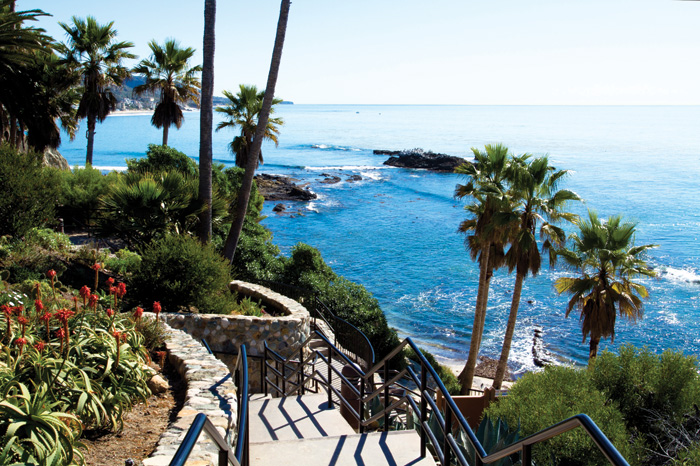 The 2½-acre Hortense Miller Garden on the upper slopes of Laguna’s Boat Canyon will host a free open house March 19 with refreshments, live music, and shuttle transportation to and from a designated parking area. Docents will lead visitors on architectural and garden tours. The privately and publicly funded park, established in 1959 by writer-artist-teacher-gardener Hortense Miller, was designed as a retreat surrounding her classic ’50s modern home. Since her 2008 death, this unusual estate, containing her personal artwork, has been open to the public. “Hortense worked with a restrained palette, planting small flowers and bulbs,” says Leah Vasquez, director of art at the garden. View an abundance of flowers, plants, and trees from walkways and staircases throughout the hillside while on guided tours: Tuesday through Saturday by reservation, donations encouraged. 22511 Allview Terrace, 949-497-0716, hortensemillergarden.org.

This article originally appeared in the March 2011 issue of Orange Coast magazine. To see the complete story get a digital subscription here or buy it on newsstands now.