We’re looking at the 45-year history of Orange Coast this month. To get the proper perspective, I just had to walk down the hall. Our executive vice president, Linda Wallis Goldstein, started at Orange Coast in 1980.

This month’s issue marks her 39th anniversary, and you can imagine the changes she has seen since the July 1980 issue, which had “Sizzling Hot” Susan Anton on the cover and a story about all-night spots in Orange County, such as Charlie’s Chili—still there!

Wherever I am, once I’m asked what I do, people will respond, “Oh, we love Linda Goldstein!” She came on board as an account executive, a post that offered her flexibility to care for her young children. There were eight employees. “The nice thing about working at a small place is you learn every step of the business,” she says. “The first decade was just about trying to establish who we were. You’d have to teach people about Orange Coast.” Now people know the magazine, she says, but there’s more competition. She has great anecdotes about—and even physical evidence of—a particularly vicious battle with a local title, which Orange Coast won, she gleefully points out. “We’re the longest-running paid and requested magazine in O.C., and we’re on more than 200 newsstands.”

Her time here spans five owners and five locations. Why does she stay? “I love people, and I love helping people. I have relationships (with clients) that have lasted almost the whole time I’ve been here.” Ads appearing in that July 1980 issue underscore the longevity of several successful businesses: Antonello’s, Benihana, House of Imports, Crevier, European Optical, Marrakesh, and Allen Cadillac, to name a few.

Linda is a marvelous and energetic presence in the office and in the county, and she inspires us to stay passionate and engaged. “I still get excited over every issue! Any magazine that can get ME excited is doing something right.”

MY FAVORITE THINGS IN THIS ISSUE

➜ Last Chance // If you haven’t seen the glorious gowns by designer Guo Pei at The Bowers Museum, get there fast: The exhibit closes July 14.

➜ Hot Shop // There are plenty of lust-worthy pieces that Carol Dobbs shows off at her stylish shop.

➜ Finds // Living Coral, the Pantone color of the year, is right up my alley—for clothing or home goods.

➜ Best! // Every July, we look forward to sharing the “Best Of” everything in Orange County. 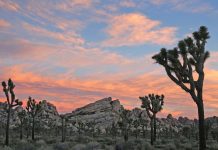 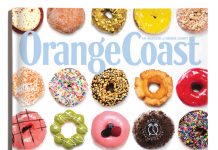 Read Our Editor’s Note on the May 2022 Mornings Issue 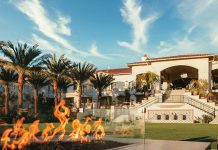