As Argyros Plaza recently approached its one-year anniversary, I went back to see what we said in a January 2017 story about the future of Segerstrom Center for the Arts. The nonprofit organization’s president, Terry Dwyer, told us then that his group’s vision for the plaza was to be “a town square for all of Orange County.” I recall being skeptical. Free live performances and events? What’s the catch?

Nearly two years later, I’m a convert. I’ve been to the plaza a dozen times and am impressed by the happenings there. But it’s the warm sense of community at each one that sticks with me. When Dwyer talks about the plaza now, he’s passionate and enthusiastic about the group’s role in O.C. “We want to be relevant and make a difference in the lives of everyone in our community,” he says. “So we have to change the way we reach out.” He notes how the shifting economy and people’s technology habits have created new definitions of a cultural experience. “People want to be part of a group, not just in front of the computer. (These events) are like a giant community picnic.” He points to the Dia de los Reyes celebration as one of many examples of connecting with residents in a meaningful way. Pictures from that event show children smiling as they hug the Three Kings. “I love those photos of the faces,” he says. “That’s the message we want people to see.”

Find an event you like and head to the plaza. You’ll discover a welcoming space with people who are there to experience good stuff in like-minded company. To me, it’s a big achievement in the center’s goal of being a great cultural and civic resource.

My Favorite Things In This Issue

➜ It’s inspiring to see Sherri Loveland advocating for women in politics.
➜ The photo of poke on crispy rice makes me salivate just looking at it.
➜ Every person mentioned in our Heroes feature makes me feel like I’m not doing enough.
➜ As a ramen rookie, I’m grateful for the detailed breakdown of an O.C. staple. 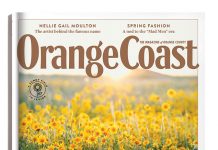 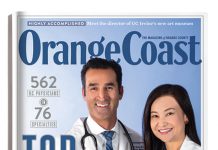 A Preview Of Our Annual Top Doctors Issue | January 2020 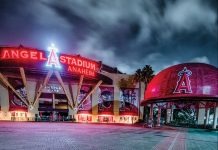