Before my time in magazines, I worked as a newspaper sports editor for more than a decade. Women in sports departments were still a bit of a novelty—usually just a handful of us in a department of 50 people or more.
I overheard complaints about my getting a promotion “just because she’s a woman.” I also have vivid recollections of watching a college football game and some of the men around me continuing to ask my (male) friend about statistics or records when I was the one who had answered their previous queries.

So I feel a kinship with the women featured in “We Can Brew It” by Greg Nagel on Page 94. These six trailblazers share tales of assumptions gone wrong, such as the number of times they get questioned about being the “brewery owner’s wife.” They also enlighten us about the specific impact women have had on Orange County’s craft beer industry. In the end, they share the same passion as any other craft brewer: making fantastic beer.

Another woman to admire this month is Ashley Sanford, who is making a name for herself in the National Hot Rod Association and is the youngest driver in her Top Fuel class (Page 30).

These are just a few examples of Orange County residents breaking barriers and doing cool things. Our stories in Top Doctors (Page 77) follow that theme as we hear from people who faced health challenges and devised ways to make their lives richer as a result. Every year these stories inspire me to aim higher, and I hope they will raise your spirits as well. 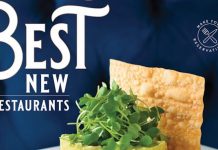 Letter From the Editor: A Great Diversion When Staying Home 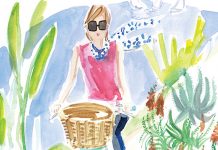 Letter from the Editor: Strengthening Our Community in a Tough Time 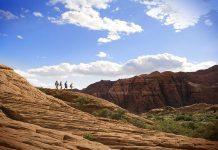 Letter From the Editor: Spend Some Time in Nature During This Health Crisis