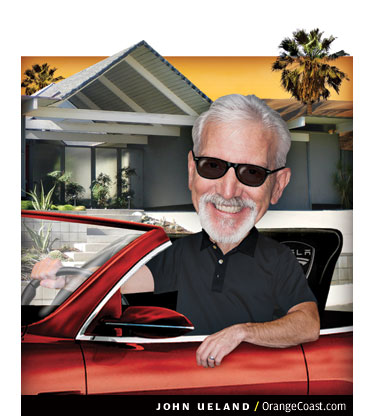 The world needs a precise formula for “cool,” something equal parts Miles Davis, Tesla Model S, and that inexplicable “Pirate Tower” on Victoria Beach in Laguna. But of course there is no such formula, especially when it comes to finding a place to live. Cool is forever in the beholder’s eye.

But when we set out a few months ago to identify Orange County’s “next-generation neighborhoods,” that’s exactly what we wanted to find: The coolest areas in this vast expanse of remarkable neighborhoods—places with a mysterious combination of distinctive homes, walkability, and safety; amenities such as matchless shopping, cafes, and restaurants; and what contributing editor Valerie Takahama calls “that innate wonderfulness.”

And while wonderfulness may be intangible, we know it when we see it. Visit Downtown Anaheim—including the restored 1920s-era Packard Building and the 1919 Anaheim Citrus Packing House—and I dare you to call it anything but cool. Drive through the clusters of Joseph Eichler-designed homes in Orange and you’ll see a clear link between those modernist masterpieces and the clean, ultracool designs that the late Steve Jobs credits with influencing his Apple products.

Downtown Santa Ana, East Side Costa Mesa, the new Pavilion Park—they also have it, and we spotlight those places and others in Takahama’s cover feature. But in doing so, we realize we’re overlooking scores more possibilities, and suspect we’ll be hearing from many of you about other seductive and special places.

Or at least we hope so.