An Orange Coast staffer once snickered when I opined that “books drive culture.”

She’s younger than I am—who isn’t?—so I wasn’t particularly surprised by the response. Still, her dismissal stung. I consider the stories I discovered between book covers to be the shaping forces of my life. Dig deeply enough into my social conscience and you’ll find John Steinbeck’s “The Grapes of Wrath.” My belief in the inexplicable magic of the universe? Gabriel Garcia Marquez’s “One Hundred Years of Solitude.” The transformative power of words? Toni Morrison’s “Beloved.” My fondness for a good mystery? The Hardy Boys.

The ways of delivering those stories is evolving, of course, and at my house we’ve embraced that reality, often reading on either a Kindle or a tablet. But how we access those stories is immaterial. Connect the dots backward from digital editions, popular movies, podcasts, or any other mode of storytelling, and you usually end up at a book.

This isn’t just a guess. I teach a novel-writing class at Chapman University, mostly to undergrads between the ages of 18 and 22. Ask them to name their favorite fictional characters, and the names pour out in an enthralled burble: Harry Potter. Katniss Everdeen. Coraline. Authors? J.K. Rowling. Suzanne Collins. Neil Gaiman. These kids read, and they’ve been doing so since long before the filmed versions of “Harry Potter,” “The Hunger Games,” and “Coraline” detonated in popular culture.

With all that in mind, we asked contributing editor Valerie Takahama to survey the local literary landscape and tell us which 10 books she believes are quintessential Orange County reads. You’ll find her choices in this month’s issue. 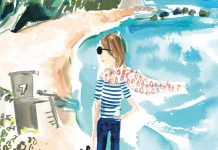 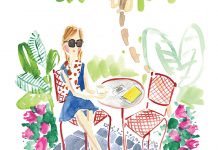 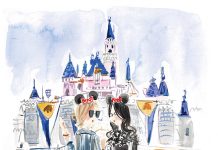