Home Uncategorized What to Eat Now! Focus on Local Breweries 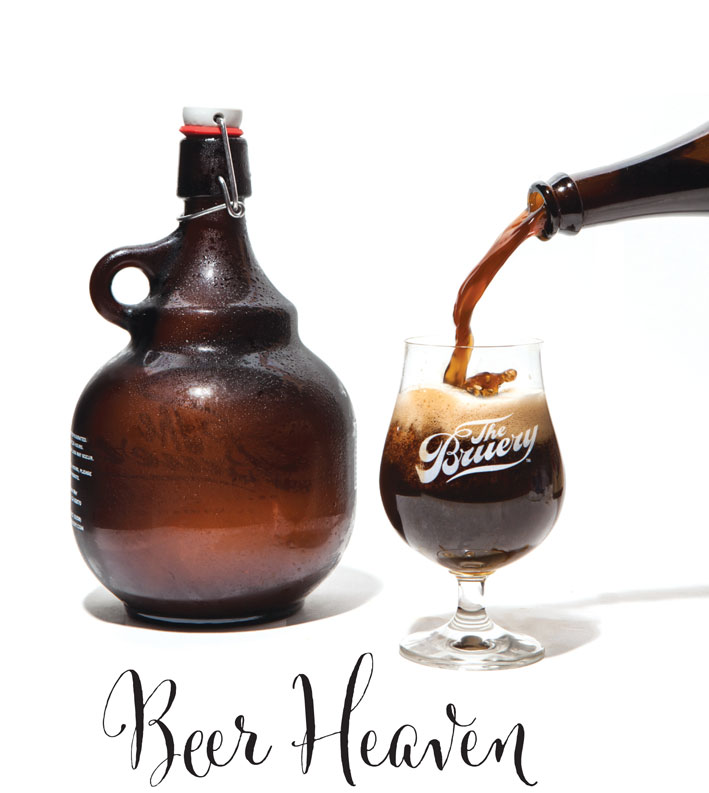 It’s craft-style, it’s special, and the newest brews have longer flavor descriptions than your favorite wines

The Bruery
Home to some of Orange County’s most celebrated craft beers, flight options include the Hoppy, The Malt-forward, and the BYO. Hop on the sour-beer trend with the Tart of Darkness, a stout achieved through a blend of sour bacteria and wild yeasts. If you prefer sweet, try the Humulus Palm, a hoppy ale with soft, creamy, coconut notes.
715-717 Dunn Way, Placentia, 714-996-6258, thebruery.com

Bootleggers
Our summer favorite choice was the exotic Lemongrass Wit, a double-wheat ale infused with lemongrass, bitter orange peel, and coriander. Known for brewing small batches in large rotations, this brewery raises the bar by emphasizing the use of a “hopinater,” a flavor- infusing filter that allows infinite combinations. Picnic tables are scattered throughout so you can bring your own food.
130 S. Highland Ave., Fullerton, 714-871-2337, bootleggersbrewery.com

Valiant
With a rotating selection of 38 beers, this family brewery, run by a husband-and-wife team, took little time establishing itself as a serious contender in O.C.’s craft beer scene. Grab a pint of the Jericho, an imperial IPA with notes of lemon, grapefruit, and crisp mango, or try a beer-and-food pairing, which changes throughout the year.
2294 N. Batavia St., Orange, 714-408-2825, valiantbrewing.com

For a few behind the scenes snaps, click here.