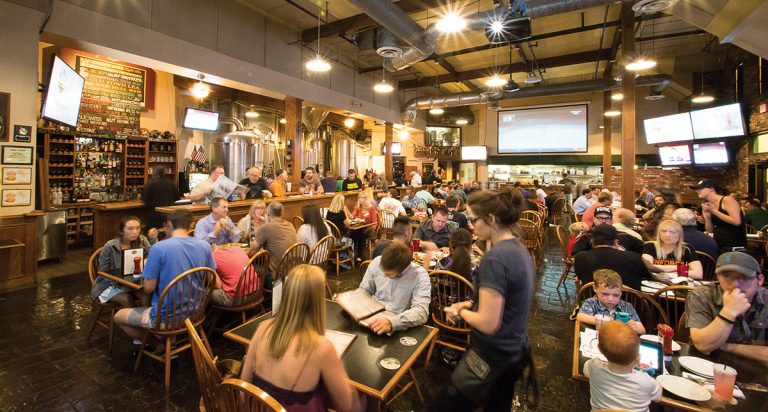 Age confession: Back in the mid-’90s when I turned 21, I cut my post-college teeth on microbrewed beer at Tustin Brewing Company. I lived stumbling distance away, and the original brewer, Eric DuVall, hosted “open-cooler nights” every Thursday. Cheap beer never tasted so good. Today, Tustin Brewing Company is still wildly relevant to the Orange County beer landscape. Brewer Jerrod Larsen says, “My aha moment was when I figured out how to hop Stay All Day Session IPA. It has huge hop aroma and flavor for a 4.8 percent ABV beer.” Coming in second at the LA IPA Fest 2013 also was momentous as Orange County nearly swept the event among IPA masters such as Russian River Brewing Company. If you’re still not impressed, Tustin Brewing took home bronze at the Great American Beer Festival in 2014 with a sour, Jon Flanders, named after Jon Porter, the previous brewer at Tustin who now owns Smog City Brewing in Torrance.

HOP TIP Tustin Brewing’s anniversary parties, held in late August, always are a hit. This year, the brewery will celebrate its 19th anniversary.