Christopher Ninh, an orthopedic surgeon based in Fountain Valley, discusses what he learned after rupturing his Achilles’ tendon

I was playing in three basketball leagues — playing hard every other night. I’d injured my ankle the previous week, so I was compensating.

I was running late after work and the game had already started, so I rushed in without stretching. I shot a basket, turned to run defense, and felt something in my heel—I thought I’d been kicked—and heard a pop. I knew right away I’d torn my Achilles’. It’s just so classic: mid-30s, weekend warrior, no stretching, previous injury, fatigue from overuse.

My sister drove me to the ER, I got an MRI that night, and doctors operated the next day. I took the weekend to recover, then went back to work in a cast on Monday.
I was rushing things, but I was worried about my practice, my livelihood. I also was worried about finding ways to work around my injury. I do a lot of arthroscopies. The scopes have multiple controls, including foot pedals, but I had to switch everything to hand controls. I used a little foot scooter to get around the office, and my sister drove me everywhere. It wasn’t fun. I felt isolated. I couldn’t drive, I was stuck, and it hurt.

Most people limp around in a cast for four to six weeks, but I just couldn’t tolerate it. So at two weeks I switched to a boot, which meant that I started putting pressure on the foot. But this showed me something: If you put weight on it right away, and move quickly from a cast to a functional boot, you actually have better function. You heal faster. The muscles are activated faster, and they’re less likely to re-rupture. And that changed my practice in many ways.

Now when I do a total hip replacement, I have the patient get up within eight hours to walk. If you’re moving, you’re pushing blood, slowing clots, and preventing gastrointestinal problems and pneumonia. Earlier mobilization, fewer complications.

I’m a better doctor because of the injury. I’m definitely more empathetic. I show patients my scar, tell them I’ve had the same surgery, and say “I know what you’re going through” with some credibility. Which is good, because sometimes I have to give them the hard truth, tell them they can’t go back to doing the same things that got them here—at least not with the same intensity. Second, I have to say, “You’re getting older. You don’t have the same legs, or knees, or shoulders.” I explain that, from now on, it’s a matter of warming up, stretching, and anti-inflammatories.

I tell them I felt vulnerable, and they will, too. They’ll have periods where they feel alone, and need to keep busy. Having my own practice actually helped me because I had to work.

The worst part is not being able to do the same things you used to. I tried basketball and my calf would spasm and hurt. I can’t jump as high, and I can’t run as fast. I had to accept that.

I don’t play in three leagues anymore. I don’t play in any leagues. I surf and paddleboard. I ride bikes. I explore. I still play recreational games, sometimes, on the weekend, “old man” basketball. I don’t drive, jump, and slap the backboard. I back into it and then do a sky hook, like Kareem did toward the end of his career. 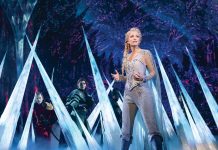 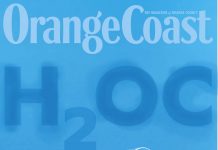 Read Our Editor’s Note On The February 2023 H2OC Issue