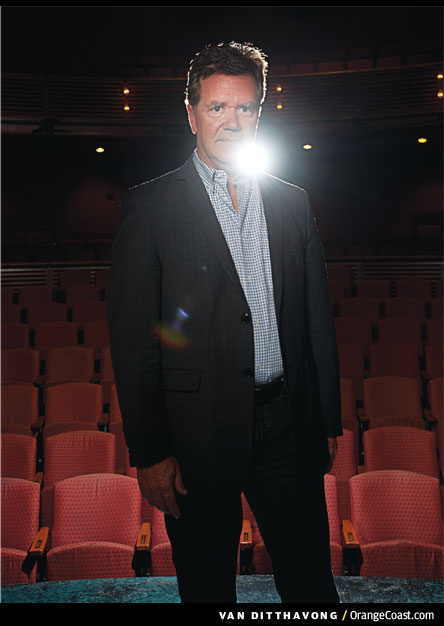 Since succeeding David Emmes and Martin Benson two years ago, he’s cautiously added his perspective. The former leader of the Actors Theatre of Louisville will direct this month’s season-opener, “Death of a Salesman,” with an all-black cast starring Charlie Robinson. Five world premieres dot the schedule, and it all wraps up where SCR began in 1964, with Moliere’s “Tartuffe.”

The play and Charlie [Robinson’s] desire to play Willy Loman came first. My interest in directing it followed closely. He and I performed about half a dozen plays together from when I was 11 until I was 15 or 16. It was a children’s theater company called Studio 7 run by a woman named Chris Wilson, who was mentor to both of us. These were fully produced, semiprofessional productions. We had a lot of fun.

The suspension of disbelief has been a lifelong fascination of mine. I think of it as chemistry because you have this disparate group of people—designers, actors, a director, and so on—and everybody comes at the project with their own point of view. … My job is to be a good chemist, to enable them to do their best work.

I want to create events that are compelling and that keep the medium alive and moving forward. I’m curious. I like to ask questions more than provide answers. So, if that curiosity is felt by audiences, I think it will be successful in its own right.

[Last] season I did a play called “Eurydice” by Sarah Ruhl, a writer that SCR had produced before. It’s a quirky little play, and I pushed the medium of expression in digital media quite a bit, and used both a very dense and complex sound score for it, as well as a video design that was innovative. … Those kinds of things had not been done a lot at SCR.

The first Broadway shows I ever saw were “Moon for the Misbegotten,” “Sleuth,” and “Follies.” Those three plays could not be more stylistically different, and I loved them all.

[Programming a season is] about a range of expression, and making room for a wide variety of different ways of telling a story. And that I think is exciting. Keep people guessing a little bit, and keep yourself on your toes as well.